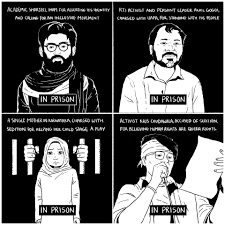 Since December 2019 millions of Indians have protested the contentious “Citizenship Amendment Act” (CAA)– rightly called the Nuremberg laws of India.

Since the protest started there as been brutal police actions against those protesting especially students in Jamia Milia Islamia University in Delhi. An organic people’s protest is now blooming across India.

Along with protests come poetry and art.  These protests are being chronicled by a new generation of artists. Joining us today are the USA-based artist Mayukh Goswami and writer and poet Meher Manda who started their “webcomic of dissent” that they call Jamun Ka Ped.

Jamun Ka Ped, written in the 1960s, is a satire on bureaucratic red tape by Krishna Chander told through the story of a well-known poet who gets trapped under a Jamun tree in the lawns of a secretariat building after a thunderstorm.

Meher Manda is a poet, short story writer, culture critic, and educator originally from Mumbai, India, currently based in Brooklyn, New York. She earned her MFA in Fiction from the College of New Rochelle where she was the founding editor-in-chief of The Canopy Review. She is the author of the chapbook ‘Busted Models’, published by No, Dear Magazine in Fall 2019. Her fiction and poetry has been published or is forthcoming in Hobart Pulp, Epiphany Magazine, Los Angeles Review, Glass Poetry, Lumina, and elsewhere. She is a recipient of fellowships from the TATA Trust and DreamYard, and a teaching artist with Community-Word Project and Teachers & Writers Collective. Her critical writing appears in Bustle, Scroll, and Firstpost, among other places, and she curates and co-hosts ‘An Angry Reading Series’ in Harlem, New York. Her writing can also be found on the political web-comic ‘Jamun Ka Ped’. @meherness

Mayukh Goswami is an artist, animator and visual storyteller whose interests lie in the intersection of art, design & engineering. Currently a freelance artist in New York, he is working in the nebulous multi-faceted cloud of art and technology, in an attempt to conceptualize new narrative forms and visual crafts. His focus primarily lies in using these works to explore politics and society. He has worked on advertisements and videos for organizations such as NASA, IBM and Honda. @goswami_mayukh

hose who fear students can only peddle lies and feed on ignorance. Those who fear the truth can only use force to crush it. Those who fear individual thought will ride the coattails of the media to keep you misinformed. It’s now or never, India. #CAA_NRC must go! 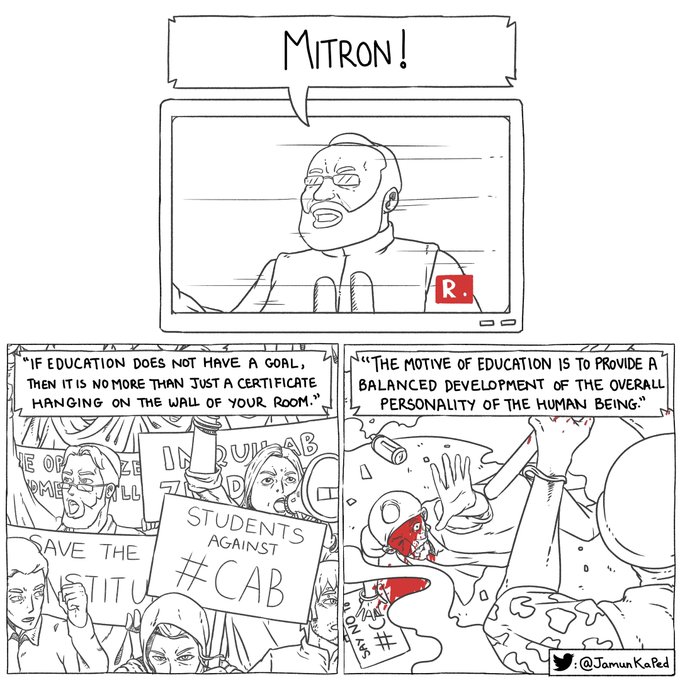 ہم دیکھیں گے
From the women of #ShaheenBaghProtests to the workers on strike, from the queer community to the lone child, we are all bearing witness to who you’re becoming, India 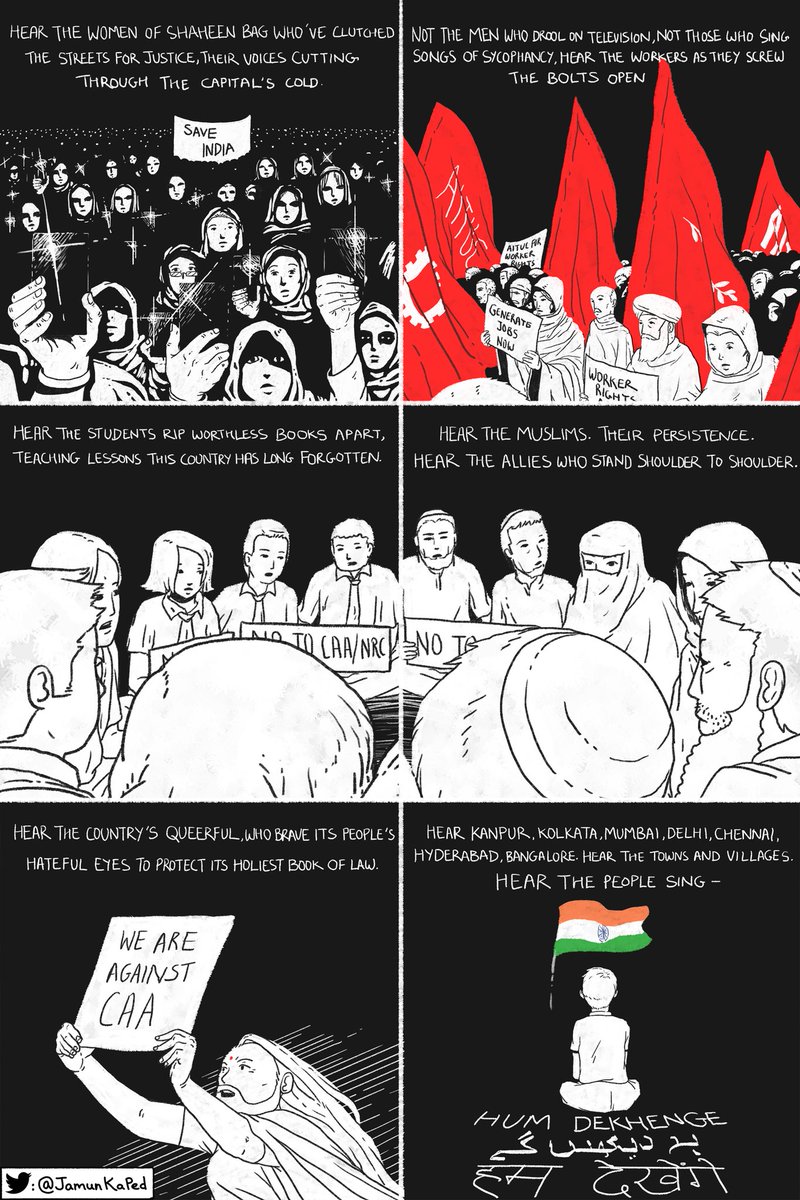 Perhaps, a reminder is needed for those dismissing the anti-CAA protests as gimmicks. India’s most vulnerable have taken to the streets to protect it’s holiest book. The Constitution of India. What are the rest of you protecting?

No republic has ever benefited from blind sycophancy. The government that hunts others, will one day hunt you too. On one side are India’s most disenfranchised fighting the #CAA, on the other, two men with murder on their hands. Whose side are you on? #IndiaAgainstCAA

For the first time in 15 yrs @queer_azaadi was denied permission by the Mumbai Police to hold pride march. The fear was that anti-CAA slogans would be raised at the march. Like queerness isn’t inherently political, like #CAA_NRC won’t directly affect underprivileged queer folk. 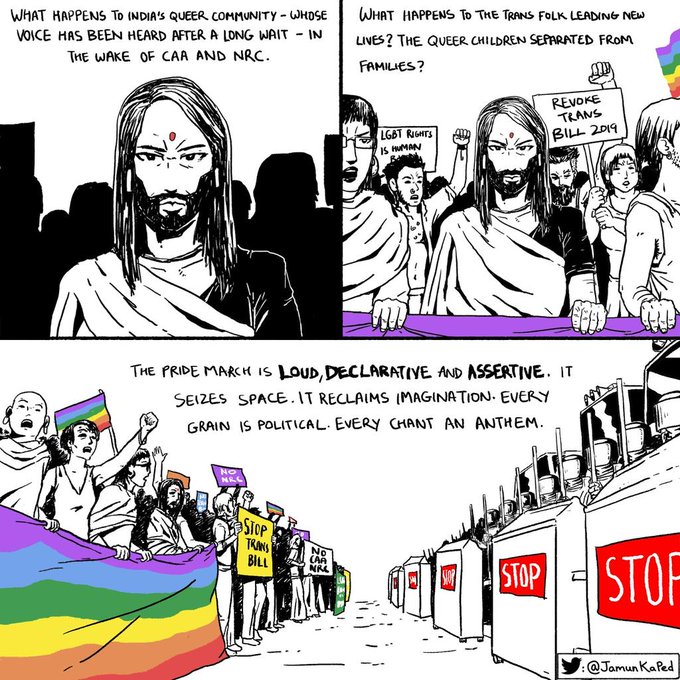 #SharjeelImam, #KrisChudawala, #AkhilGogoi, and a Muslim widow in Karnataka are still in prison, whereas men who’ve said worse are still around. For whom is justice preserved? For whom is freedom allowed? India’s law is not equal for its people.