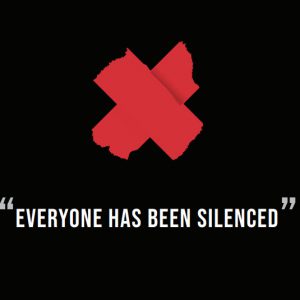 Everyone Has Been Silenced, Uttar Pradesh violence and its aftermath: A conversation with Sajjad Hassan

Sajjad Hassan leads the Citizens Against Hate, a platform that seeks to counter, through research, advocacy and litigation, hate, and targeted violence. Sajjad also convenes the South Asia Collective of human rights researchers and activists working for improved minority rights across the South Asian region. Sajjad holds a Ph.D. from the London School of Economics, UK. He was formerly with the Indian Administrative Service (IAS), from which he took premature retirement in 2012.

Earlier this year, Citizens Against Hate (CAH), a Delhi based collective, published “Everyone has been Silenced,” a comprehensive report on UP violence and its aftermath. In this episode of The Polis Project Conversation Series, Suchitra Vijayan discusses the report and places the violence in the context of institutional bias against the Muslim community with Dr.Sajjad Hassan, who leads the Citizens Against Hate.

On 12 December 2019, the Citizenship (Amendment) Act, 2019 – rightly referred to as India’s Nuremberg Law – was passed, leading to widespread protests across the country. Millions of Indian citizens are protesting against this fundamentally discriminatory law and many, including students, have been met with severe repression and criminalization at the hands of the Police, particularly in the state of Uttar Pradesh (UP). At least 23 persons have been killed, 83 injured by the state’s own admission, and hundreds detained in a state-wide crackdown against protesters. Entire communities are under pressure, with arrests and detentions continuing to this day. In post violence crackdown UP Chief Minister (CM) Adityanath publicly promised to “exact revenge”, UP Police detained individuals arbitrarily, followed by invoking serious charges against them. This included, in several instances – Muzaffarnagar, Sambhal, Bijnor among others – children, in complete violation of provisions of the Juvenile Justice Act 2015. There has been a widespread complaint of custodial torture and inhuman treatment – including beatings as well as food, water, and sleep deprivation.

This podcast is part of the series that documents the ongoing State violence in India in the aftermath of the Anti-CAA protests.