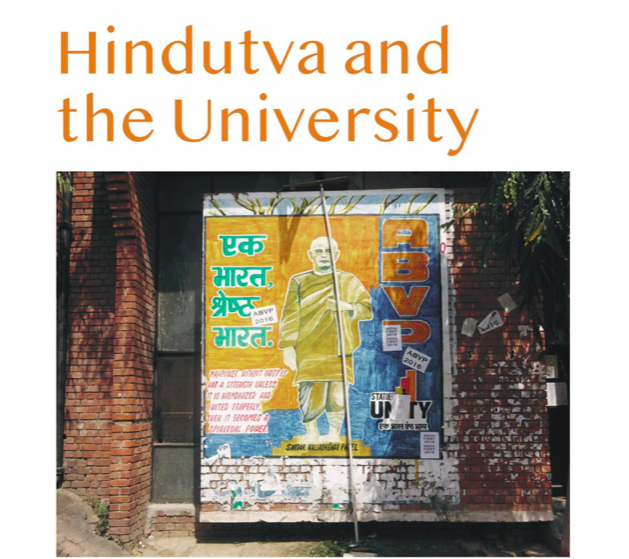 Hindutva and the university – A roundtable

THE POLIS PROJECT · Hindutva And The University

The sustained assaults on universities and schools in Kashmir, the long-standing discrimination against Dalits and minorities at Indian universities, and the recent armed attacks on students and faculty at Jawaharlal Nehru University, Jamia Millia Islamia and Aligarh Muslim University in India all draw attention to the way in which questions of knowledge—its production and dissemination—are fundamentally, and violently, imbricated with the project of Indian, and particularly Hindu, nationalism.

The assault on public university students is part of the battle over categories such as nation, borders, autonomy, and more recently citizenship. In addition to incursions on institutions of knowledge and their patrons – which range from physical violence to efforts to delegitimise opposing views by constructing them as ‘anti-national’ – Hindutva organisations such as the RSS, as well as its networks and adherents in Western academic contexts, also aim to promote intellectual work and academic knowledge that aligns with their political ideology.

This panel discusses the role played by pedagogy and knowledge production in the Hindu nationalist project, as well as the forms of learning, knowledge, and organising that are seen as threats to it, and then met with violence. In doing so, it will place the recent and widely discussed attacks on Indian university students within the long history of India’s military occupations, and everyday violence against minorities in India, and against the people of Jammu and Kashmir.