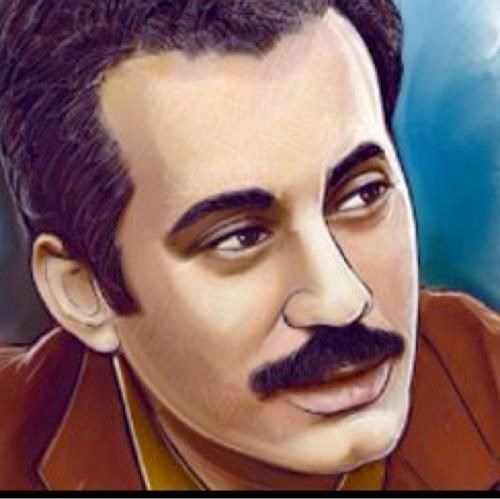 A Man tn the sun – Reflections on decolonisation, what it means, how does it apply to various areas of human knowledge

Decolonisation isn’t simply a matter of expunging an occupying power, but of subverting the regimes of order it imposes on the world—of tearing away its masks of conquest, to use Gauri Viswanathan’s memorable phrase.

This is an essay without reason. It emerges as a result of recent discussions with a friend and colleague about decolonialisation–what it means, how does it apply to various areas of human knowledge, and what can it mean for photography. Actually, this essay without reason emerges as a result of discussions at The Polis Project as we design a “Decolonise Photography” workshop series. Our discussions have led us to think about what new and different ways of seeing and doing could emerge in a documentary and photographic practice that recognises that “…the target of epistemic de-colonisation is the hidden complicity between the rhetoric of modernity and the logic of coloniality,” and is based on a need to learn to “unlearn” [See Walter Mignolo, Delinking: The Rhetoric of Modernity, the Logic of Coloniality and the Grammar of De-Coloniality, Cultural Studies, Volume 21, 2007].

There are many who are skeptical and critical of the current decolonial moment. There is now a widespread backlash against decolonial projects, aided and abetted by this current political moment of politically correct racism, popular authoritarianism and ethnic nationalism. Students who refuse Eurocentric histories, erasure of the Other’s suffering, colonial historical teleologies, concocted knowledge genealogies, the silencing of  resistance historical and present, the elision of evidence of non-European scientific, cultural, social and artistic influences and more, are often accused of being ‘sensitive’ or ‘petty’ or ‘spoilt’ and unwilling to accept a ‘hard, tough education’. These critics assume a ‘correct’ set of knowledge, which is precisely what is being questioned. It is difficult to take this backlash seriously, emanating as it is from the pens and persons of the established, the privileged and the cock-sure–precisely the group and structures of thought that decolonial projects take direct aim at. If the first European /Western intellectual reaction to the Other speaking back was Postmodernism, the second European reaction seems to be nostalgia and racism. What these detractors reveal is a profound lack of understanding of the act of critique, which, to quote Foucault, is always “…a matter of pointing out what kinds of assumptions, what kinds of familiar, unchallenged, unconsidered modes of  thought the practices that we accept rest upon.”

Ghassan Kanafani was one of the clearest minded voices in the Palestinians struggle for justice and liberation.So this is an essay without reason because while thinking through these questions, and pondering on what decolonisation means as a photographic and documentary practice, my mind drifted over to the works and words of the Palestinian novelist, intellectual, activist and resistance leader Ghassan Kanafani. Specifically, it drifted over to an interview he gave to an Australian television reporter. This interview was held in the tumultuous and tension-ridden days in the aftermath of Black September. (Aside: Pakistan has a particularly shameful role in this critical moment in the history of Palestinian struggle and resistance. The future Dictator/Self-declared President/General Zia-ul-Haq, a darling of the Americans who would also later use him to encourage fanatical political Islam into power in the country, was based in Jordan at that time and led Jordanian forces against PLO fighters. Pakistan’s deep commitment to being an imperial lapdog has a long history.) Ghassan Kanafani was one of the clearest minded voices in the Palestinians struggle for justice and liberation. The child of Palestinian refugees, his family fled their home in Acre, Palestine, in 1948. He later began to write while teaching at a school in a refugee camp, using his short stories to help his students contextualise and articulate their lives. He was a key member of the Palestinian Front for The Liberation of Palestine (PFLP), a revolutionary socialist organisation led by the charismatic but infamous Palestinian resistance leader George Habash. (Aside: Most people do not remember, but in 1992, the PLFP opposed the Oslo Accords, and broke with Arafat, warning him of the pitfalls and traps ahead.) Kanafani was unapologetic, in ways that Fanon would have understood, of the need to fight and confront the coloniser on his terms. In a beautiful letter to his son, he argued that

Do not believe that man grows. No; he is born suddenly – a word, in a moment, penetrates his heart to a new throb. One scene can hurl him down from the ceiling of childhood on to the ruggedness of the road.

But he was no mere firebrand, but a brilliant political thinker, strategist and novelist. His novel Men In The Sun, written in 1963, remains of the most subtlest and beautiful of modern novellas. It is still the only book I know that powerfully and vividly captures the dilemma of the Palestinian who choses death if he is to live.

But I want to return to this interview, a transcript of which follows below. I drifted to this interview while thinking about decolonisation because it is a vivid example of the Mignolo-ian demand that we always remain cognisant of “…the hidden complicity between the rhetoric of modernity and the logic of coloniality.” Here, in this interview, we see how a ‘modern’ discourse of ‘peace’ and framing of a narrative that places parties into ‘good’ and ‘bad’ opponents, is undermined and taken apart. I have taken the trouble to add some editorial comments to the transcript to help us see and understand what Kanafani is actually doing as he confronts this journalist’ss presumption and violent words. What follows is a short, near the 7-minute clip, from a longer interview.