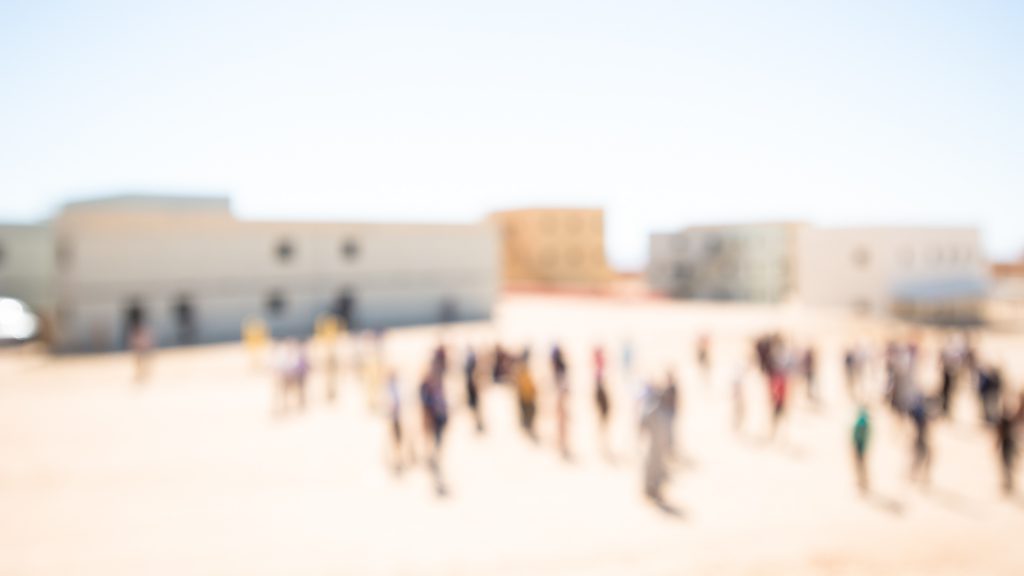 Debi Cornwall’s Necessary Fictions: On the sustaining fantasies of the forever war

Alexandra S. Moore is Professor of English and Director of the Human Rights Institute and the Kaschak Institute for Social Justice for Women and Girls at Binghamton University (NY). Her research focuses on human rights in visual culture and literature. She tweets at @awschult.

In this review, Alexandra S. Moore writes about how Debi Cornwall’s Necessary Fictions examines the U.S military’s engagement in the forever war through photographs and conversations. Moore highlights how through a wide range of elements in the book — from photographs to the weight of the pages — Cornwall intervenes in the narrative of the forever war and questions if an alternative future was possible.

American photographer and former civil rights attorney Debi Cornwall’s second book project, Necessary Fictions (2020), investigates the fantasies and imaginaries used to sustain the U.S. commitment to forever war. Despite the official end of the U.S. war in Afghanistan, the reverberation of anti-Muslim war rhetoric and ongoing engagement of U.S. military and intelligence personnel in counterterrorism missions indicate that the forever war, and its necessary reckoning, continue.

How does the U.S. military propel a war without end and without clear objectives?

Cornwall examines U.S. military wargames to consider what training simulations indicate about the reality that empire imagines and aims to perpetuate. Through 105 photographs made at mock Arab villages set up at ten military training sites from 2016-2018, Cornwall looks at the imaginary worlds the military builds to prepare to vanquish real targets. In addition, by situating the photographs in the context of extensive documentation – including her own conversations with simulation participants during the live-fire exercises – she considers the role of cultural production, and particularly photography, in crafting the simulations the military aims to make real. Cornwall’s photographs continually draw attention to the work of building and deconstructing the scenarios used to maintain war.

Necessary Fictions is bookended by two quotes. It begins with political strategist Karl Rove’s infamous claim about the world-making power of empire and concludes with novelist Ben Fountain’s observation: “To a significant extent, our lives take place in the realm of fantasy, triviality, and materialism, and our senses and mental capacity become numbed as a result.” Between those bookends, Necessary Fictions asks both what kind of world empire intends as well as how a conceptual photographic project engages with that sensory numbness. Fountain is an important interlocutor for Cornwall’s project. In a 2013 address at the U.S. Air Force Academy, he used the term “Fantasy Industrial Complex” to describe “this avalanche of electronica, entertainment, and media” that structures our current reality through the production of desire, spectacle and self-perpetuating consumerism. For Fountain, the Fantasy Industrial Complex makes selling the war to the American people possible, although it produces alienation for those soldiers tasked with fighting it.

Fountain’s talk was occasioned by the publication of his novel, Billy Lynn’s Long Halftime Walk (2012), which had been an assigned reading for his audience. The book’s darkly humorous story focuses on a group of infantrymen whose ground combat in Iraq is captured by an embedded Fox News cameraman. The short video footage becomes fodder for the U.S. war machine. The novel focuses on the socio-cultural realm of the war machine by tracing the military’s strategic use first of news broadcasts and then of live spectacle by sending the surviving troops on a two-week domestic heroes’ tour, where they explore a movie deal and appear in the Dallas Cowboys’ Thanksgiving Day football halftime show alongside Destiny’s Child (every pun intended). Unspooling over the course of the game, the story focuses on the 19-year-old combat hero Specialist Billy Lynn’s struggle to understand not only what “the worst day of [his] life” means to him, but also how it becomes at once the receptacle and catalyst for national fantasy, amidst the sensory, psychological, and physical overload of Post Traumatic Stress Disorder (PTSD) melded with Bravo Company’s required participation in the halftime show.

For Cornwall, Fountain’s concept of the Fantasy Industrial Complex opens up an examination of its constitutive parts. However, rather than take up the novel’s focus on the spectacle of war and the interiority of the protagonist, Cornwall works to dismantle fantasy by demystifying its structural components — its architecture, props and participants — by reducing the spectacle of war to human scale and by documenting and participating in its practices. Billy Lynn’s Long Halftime Walk explores the protagonist’s recognition of how the processes of his own objectification within the national spectacle intersect with his essential disposability. In what she terms her “conceptual documentary,” Cornwall reverses the premise of the novel: rather than focusing on the symbiosis of spectacle and war and the blending of their immersive experiences (sometimes mystifying, sometimes distracting, sometimes deadly and oftentimes vaguely disappointing), she disentangles their narrative elements to disrupt the story’s flow. And, she decenters the focus on what might be termed an American psyche by looking at the mock villages as global spaces whose participants each have their own rationales.

The architectural features of the book — varying weights and sizes of paper, inserts, a range of data and voices interspersed with the photographs, hint at other multimedia projects and a concluding section of poems and essays by other authors — emphasize the constitutive parts while their sequencing resists linear narration. Moving from the novel’s Jumbotron to eye level, from the omniscient third-person narrator’s access to interiority to surface and from the triggering effects of sensory overload to the still photograph, Cornwall’s work freezes the action, potentially disrupting the front-row viewers’ automatic ratification of the image and instead inviting them to question the simulations portrayed and viewers’ own relationship to them.

Organized loosely like a U.S. State Department country report, a formal parallel that announces Cornwall’s serious play with State sponsored narratives, the place and time of Necessary Fictions is ambiguous, first in overexposed or blurry images and then in precise tableaux of places with no landmarks, no seasons and perpetual midday sun, although the military’s fictitious countries — Atropia, Attica, Dinovia, Donisha, Pineland, Aragon, Krasnovia — have elaborately imagined histories, resources and geopolitical interests and have yielded a lengthy “lessons learned” blog as well as downloadable simulations. Rather than this larger context, the photographs and text zero in on those domestic industries that support training for perpetual war and the unstable mix of foreign and domestic peoples and things that results. Take, for example, the sensory packages available to enhance the realism of the trainings:

[…] MST Odors have been designed to provide realistic olfactory simulation in addition to the visual simulation of MST prosthetics. These scent oils are designed to simulate scents in the most unpleasant of scenarios. Available in a convenient spray-top container, these scents will last through multiple scenarios as a little goes a long way. Available in Decaying Flesh, Dead Body, Feces, Gunpowder, Burnt Flesh, Vomit, Urine and Car Bomb. Sold per bottle (4 oz) […] Scent cannot easily be cleaned from clothing. (Moulage Sciences website, quoted in Cornwall, 67)

Breaking down what Fountain describes as an “unholy barrage” on the senses in combat into the smells of death, harm and terror may not alter the effectiveness of the simulation for its military participants, however it gives pause to Cornwall’s readers and viewers: Why and for whom is this war taking place? Who is at risk? What are its consequences? Perhaps the more affecting the prop, even when the photograph emphasizes its distance from the real, the greater the destabilization of the rationales for war when separated from spectacular displays of violence, patriotism and consumerism.

Another focal point is on the privately contracted cultural role players, speaking Pashto, Dari and Arabic, who populate the simulations alongside military personnel using live ammunition. Cornwall’s photographs of these former refugees and recent citizens – many of whom sought asylum in the U.S. to escape war and now simulate potentially hostile civilians or insurgents in the very countries whose violence they fled – emphasize their dignity or the slight shifts in perspective, which transform not the subjects themselves but their legibility to viewers. In Necessary Fictions, the story of who stands in for the populations the military aims to control or subdue emerges slowly alongside their rationales: Cornwall asks at one point: “Why do this work? What does it offer you?” and a young role player replies: “I want to support my country to save lives […] And it pays really well.” The Navy veteran who also takes part may have the same motivations.

The dramatic tension in the book builds midway to a section on “Casualties I,” which features makeshift studio portraits of soldiers in moulage (wound make-up), accompanied at times by their reactions to their own images. Contact sheets of mostly smiling personnel, like students posing for their yearbook pictures, sit in an envelope inside the back cover of the book — an addendum for those who choose to continue to look. The soldiers’ responses are perhaps not surprising: “This honestly just makes me laugh,” or the more sober reflection, “I just got married,” and as well as a written response, “I appreciate you taking time in sending me this amazing picture as it will be a great part of something I can show to my children and hopefully grandchildren in the future.”

What is most striking about the images and responses of both cultural role players and soldiers is their ambiguous relationship to past, present and future. The simulations stage the world as the military imagines it to be in order to prepare soldiers to defend, sustain or forcibly realize that overarching vision. The cultural participants enact the futures they potentially avoided, such that fiction and reality diverge in their roleplaying. At the same time, the slippage between the simulations and the role players’ backgrounds (e.g., a Dari speaker pretending to be an Iraqi villager on a set imagined to be in the Caucuses) underscore misrecognition as a fundamental component of the military’s “necessary fictions,” even as those fictions try to use role players’ histories, cultures and experiences for military training purposes. Meanwhile, the soldiers attempt to prepare psychologically and tactically for the conditions they may soon face elsewhere, including those of their own heightened mortality. In the words of the novel, the reality of fictions “dominates, except for this: It can’t save you.”

Cornwall’s photographs and conversations with those around her intervene in both of these processes. She is at once a player on the sidelines of the simulations (raising the question of whether participants alter any of their behavior for the camera) and an interlocutor and artist who invites her subjects to see themselves through her lens. The result is a project that refuses spectacle and moves instead from documenting the conditional world of simulation to the subjunctive mood of the hypothetical, the what if. Especially in the portraits and still lifes, the photographs create a temporal pause in which both viewers and participants might ask if other futures could be possible.

The above essay
is a part of
Review
Share

BY Aiman Khan and Arpita Jaya

The burden of innocence and a biased regime: A book review of Abdul Wahid Sheikh’s Innocent Prisoners

Blurring Boundaries: A review of Night of the Restless Spirits: Stories from 1984