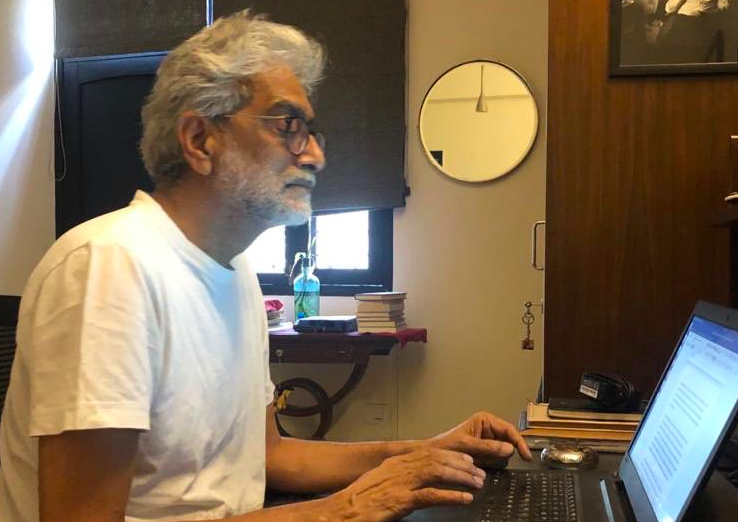 The Supreme Court of India this past week rejected the plea by rights activists Anand Teltumbde and Gautam Navlakha seeking anticipatory bail in the cases against them in relation to the violence at Bhima Koregaon on 1 January 2018. There is still no credible proof against them yet their arrest is now imminent today, part of what is now an established pattern of intimidating intellectuals critical of the Indian government. Other activists and intellectuals—including Varavara Rao, Arun Fereira, Vernon Gonsalves, and Sudha Bharadwaj—also accused in the case and charged with the UAPA are in prison since 2018. These arrests are widely seen as an attempt to repress democratic voices, and crush dissent. With the latest projections estimating that the ongoing Covid-19 pandemic could affect millions of people, prisons are already in the process of releasing thousands of inmates to forestall the spread of the virus. Given this dire situation, and that bail applications were rejected and interim stay on the arrest denied despite the pandemic, there’s serious threat to the lives of the eleven accused, many of whom are over 65 years of age and highly vulnerable to the disease. One of India’s most prominent civil rights activists, Gautam Navlakha hours before his surrender wrote an open letter. The text, lightly edited, is reproduced below.

As I prepare to leave to surrender before the NIA headquarters in Delhi, I am glad that Justice Arun Mishra and Justice Indira Banerjee gave me another week of freedom when they passed the order on April 8, 2020. A week of freedom means a lot in my condition, even in the age of lockdown. Their order resolved the predicament I encountered in complying with the March 16 order of the apex court, which obliged me to surrender by April 6 before the NIA, Mumbai.

The lockdown that followed prevented me from travelling. Also there was no direction from NIA (Mumbai) regarding what I should do under the circumstances. I know now that I have to surrender myself to the NIA headquarters in Delhi.

The Indian prime minister has likened the challenge posed by the Covid-19 pandemic to a state of “national emergency.” Meanwhile the apex court itself recently intervened in the matter of jail conditions, and issued guidelines to the authorities regarding the overcrowding of jail inmates and the threat posed to the prisoners and detenues, jail staff and other personnel assigned jail duties.

This concern remains although no case of Covid-19 infection has come from any jail so far, somewhat reassuring for me. However, I am affected by the fear that my near and dear ones harbour about my captivity amidst Covid-19.

I cannot help but feel disappointed that the terse order of the Supreme Court on April 8 had no reference to the Covid-19 pandemic, which has overtaken the world, including all of us in India.

However, I can now begin to face the actual legal process, which accompanies cases where provisions of the Unlawful Activities (Prevention) Act are invoked. Such Acts turn the normal jurisprudence upside down. No longer is it the axiom that “a person is innocent unless proven guilty.” In fact, under such Acts, “an accused is guilty unless proven innocent.” Draconian provisions of the UAPA are not accompanied by stricter procedures regarding evidence, especially electronic, considering the stringent punishment provided for under the Act; the procedures, which otherwise provide tighter rules regarding evidence, are instead made elastic. Under this double whammy, jail becomes the norm and bail an exception. In this Kafkaesque domain, process itself becomes punishment.

My hope rests on a speedy and fair trial for myself and all my fellow co-accused. This alone will enable me to clear my name, and walk free, having also used the time in jail to rid myself of acquired habits.