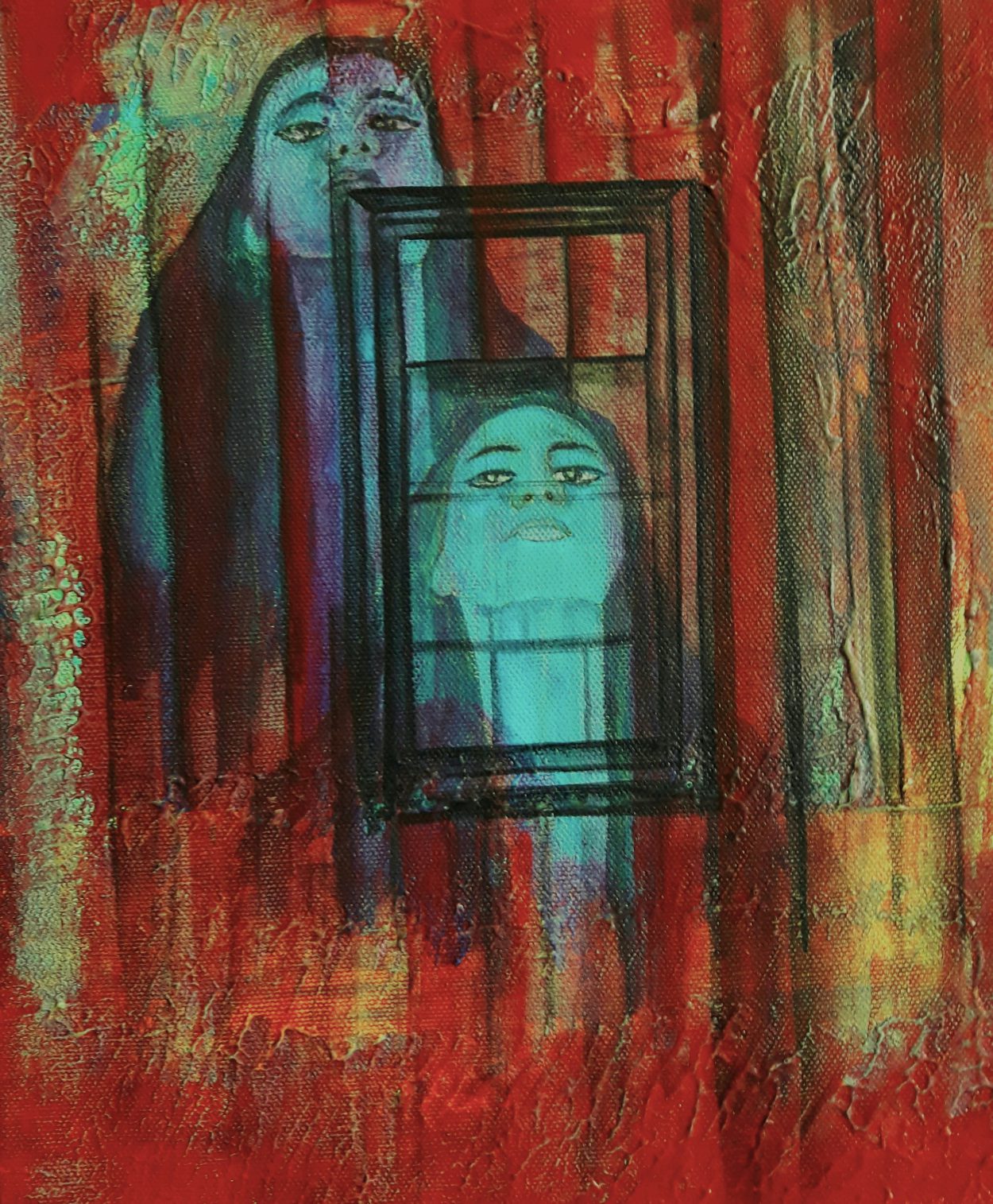 India has its own share of horror stories of female genital mutilation: ‘I’ll stay away for the rest of my life’

Fieldnotes is The Polis Project’s series based on diverse stories unfolding on the ground that academics, journalistic, writers and artists traverse during their years of fieldwork.

Nayema Nasir has an MPhil in Women and Gender Studies from Ambedkar University, New Delhi. She tweets @Naima_Nasir.

Places and names have been changed to protect identity. A version of this piece is part of Nayema Nasir’s thesis, Her Unraveled Skin, on female genital mutilation in India’s Bohra Muslim community.

Saira comes from a deeply orthodox Dawoodi Bohra family. Her father is a highly successful businessman and occupies an important role in the community. She has had an opportunity to study abroad and is currently in transition, happy to be able to decide on her future. He is a patron of Saifee Mahal, the seat of the Syedna, the community’s powerful religious head, and has been close to the previous Syedna. She lives in a posh South Mumbai neighborhood. After her MBA from an Australian university, she has started working with a multinational bank in Mumbai.

I went wherever there was a story, and meeting Saira too was a result of that principle. We met in a coffee shop in Colaba Causeway. She had told me she wanted to shop and then we would head back home. “It’s so uncomfortable to talk about this, I had second thoughts,” she said. “I almost cancelled the meeting but then that wouldn’t have been nice, you’ve come all the way.”

She began looking for trinkets among other things as we walked through a street market.

“Things have become so difficult these days,” she said. “The community dynamic is so overwhelming. Yes, that’s the word—overwhelming. On top of that my family is upset by my career choice. You’d know, right? That all this interest (on money) is unislamic, that we should not work in the banks and all that. Not that anything will happen to me, my family has connections. It’s all about money.”

The shopping’s done, and we go to her house. She stays alone in a sprawling apartment near Peddar Road as she “doesn’t want all that family drama.”

“Female circumcision is such a sneaky thing in the community. Everybody wants it, but nobody admits it. I’ve been the worst victim, ever since it was done.”

“I was 11 when the whole family had gone to visit our ancestral place. One day, I went out with some relatives, perhaps my father’s aunts. Along with my cousin, I was taken to this ridiculously dark room. The next thing I remember is a bunch of women who forced us down to the ground. And then a blinding pain. No warning. No anaesthesia.”

“I remember struggling and yelling to a point that one of the women sat over me,” she continued telling me. “It nearly suffocated me. ‘It will be alright,’ everyone said. But the bleeding wouldn’t stop for the longest time. It was over a week before it eventually did. By then, however, people concluded I’d begun to have my periods. There were celebrations. Apparently, it was doubly auspicious. Yet for me it was a scary, scary time.”

Life changed only after I left the country, Saira said.

She continued: “I always lived in the lap of luxury, wearing the best clothes, attending the best school, learning swimming, doing whatever I wanted. Yet being abroad was different. Meeting so many people, so many different people.

“I once attended, almost by accident, a seminar on the practice of female genital mutilation among certain communities in Djibouti. And it just slipped out of my mouth, ‘That happened with me too!’ Things just spiraled out of control. It was so weird that of all the places it was at a seminar that I chose to speak about it, in front of strangers.”

I tried to tell Saira how sorry I was to hear all this. I asked if she had anybody there to support her at all, a friend, a boy friend?

“I do… I did,” she said. “Love life was rather dicey. I fell for someone. I desperately wanted to be physically attracted to him yet I didn’t feel anything. Not an iota of anything. Pretty textbook, isn’t it? We really and desperately tried having sex, but the muscles of my vagina would contract. It was so painful, a complete disaster. He was very patient with me, I have to give him that. It started with breaking the hymen I guess, since I did bleed. But I just did not feel aroused when he was inside me. It felt like something was just obstructing my vagina no matter what. I freaked out.

“We went to see counsellors, and I was in therapy all the while. But eventually I broke up with my boyfriend. He had to run out of patience someday, no? It is difficult. When I showed the counsellor how it looked like, she said it was pretty bad and went on to suggest reconstruction surgery. It’s a thing now. In the US, somewhere in Europe, too. France, I think. I tried dating after that but I would always pull back because I just knew it wasn’t going anywhere.”

And what about your own family, I asked.

“When I left India, I was just withdrawn from everyone in the family. I did not come home for three years making one excuse or another, including that I did not want to face anyone. More than a year later, my parents came to see me and convince me to come home because I had planned to miss even my sister’s wedding.

“But the more I understood my condition, home seemed so much more repulsive. I just did not want to go back and see the same old faces. I would also have to see the women who cut me, relatives of my father. I was upset with my mother, too. I thought if I saw her I’d just say everything, and I didn’t want to get into that sort of thing, I wanted to avoid any drama.“But eventually I did attend the wedding. And drama there was, too, after all. Same old tears, and the talk of ‘tradition.’ ‘I thought it would be good for you,’ my mother told me. ‘It was a mistake. Even the woman who did the procedure admitted that she made a mistake.’ Us ne bhi maana us se ghalti hui thi. My mother told me all this. But I don’t care what she says or whose mistake it was. All I know is how it affected me. Nothing else.”

I asked her about her community.

“I will just say that I stay away. And I plan to stay away for the rest of my life. I’m in Mumbai right now, maybe I’ll go to the US. I think about the option of surgery. But I have nothing to do with anything related to the community. So far the family goes, my parents are more than welcome to come stay with me wherever I am, and so are my two sisters and their kids. I couldn’t be bothered about the rest. But enough of this talk. Let’s please talk about something else?”

I could feel the intensity behind her words, her anger. But none of that stopped the flow of her conversation. At no point did I push her to speak yet I was exhausted just listening. How difficult it was to make sense of it all. Saira, the woman, peppy, funny, feisty, a complete go-getter living through pain. Suddenly, something happened that I’ve never encountered in my entire fieldwork. She undressed herself to show me what it looked like. I saw her, trying my best not to cry.

All I could think of was a Barbie doll of my childhood.

The above essay
is a part of
Fieldnotes
Share

No man’s land is no woman’s land either: The fraught relationship between residents and the Border Security Force at the Indo-Bangladesh Border

Manipur’s long wait for justice: Remembering 1,528 cases and the murder of Thangjam Manorama