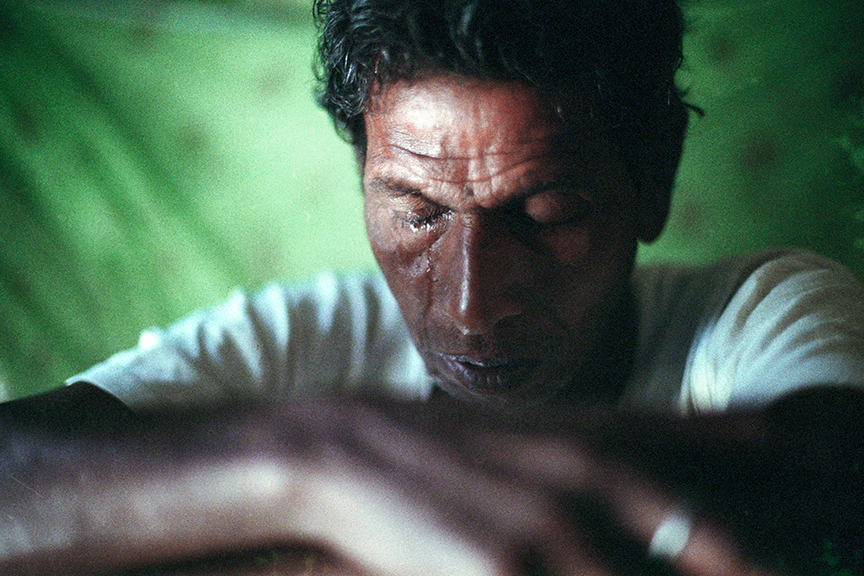 Life along the bloody border between India and Bangladesh: A photo essay

Partha Sengupta is a documentary photographer based in Calcutta. His work focuses on the Bengal Partition and its socio-political legacies.

In this photoessay, Partha Sengupta explores the violence endured by those who live on the border shared by West Bengal in India and Bangladesh at the hands of the Indian Border Force (BSF), a paramilitary body under the Ministry of Home Affairs of India.

In 2010, Human Rights Watch (HRW) published Trigger Happy: Excessive Use of Force by Indian Troops at the Bangladesh Border, a report on the border shared by West Bengal in India and Bangladesh. HRW documented the excessive use of force by the Indian Border Force (BSF) on the people of India and Bangladesh who live on both sides of the international border.

The BSF is a paramilitary body under the Ministry of Home Affairs of India entrusted to maintain security in the border areas with neighboring countries. The agency is governed by an Act of 1968 which is directly. They have their own internal judiciary and civilian courts are not allowed to pass judgment of any member of BSF. This privilege has contributed to create a climate of impunity against the excesses of the agency members.

The 2,216 kilometers Bangladesh-India border is one of the longest in the world; it densely populated and people who live along it are divided by country, but have much in common in terms of language and culture. There are 1,062 outposts along the border with smaller posts in between where border guards are on constant alert. These posts are mostly managed by non-Bengali speaking forces, who are unable to communicate with the locals thus often escalating tensions and confrontations. Some parts of the border are more porous and function as a trade route for terrorists, human trafficking and smuggling of weapons, cattle and drugs. In 2013, the Global Post defined this border the worst in the world.

On the morning of 7 January 2011, a border guard killed in Indian territory Felani, a 15-year-old Bangladeshi girl, who tried to cross the border to Bangladesh with her father and was shot without warning. Following a report in a local newspaper in India, there was an international uproar against the heinous crime. The BSF conducted an internal investigation in which they acquitted the accused border guard. Nur Islam, Felani’s father, filed an appeal to the General Security Force Court of BSF, which did not change the judgement. Nur Islam further appealed to the Supreme Court of India, where the case is still pending.

On the night of 26 July 2014, Suman Islam, a Muslim youth, was heading home after attending a dinner invitation when BSF arrested him on suspicion of being a smuggler. They took him to their barrack and tortured him throughout the night. In the morning while he was still unconscious they took him to a district hospital without informing his family. After days of search, the family found Suman Islam, chained to a hospital bed while soldiers were on guard.

These are only two among the countless examples of violence that characterizes life along the border. The local organization, Banglar Manabadhikar Suraksha Mancha has been active since 1997 in addressing issues of human rights violations and to ensuring equality and justice along the border.

In July 2011, India and Bangladesh signed the Coordinated Border Management Plan that prohibits the use of lethal weapons by the BSF, but the plan has been hardly been enforced as the majority of deaths along the border happen because of the abuse of lethal weapons.

In February 2021, ten years after their first report, Human Rights Watch published a new indicting investigation on the abuses conducted by the BSF on the killings and abuses along the India-Bangladesh border. The report highlights a decade of broken promises and the ongoing impunity that characterizes the BSF behavior. As local residents remain victims of abduction, torture and killing, nothing has change over a decade to the misery of the people who live on both sides of the international border.