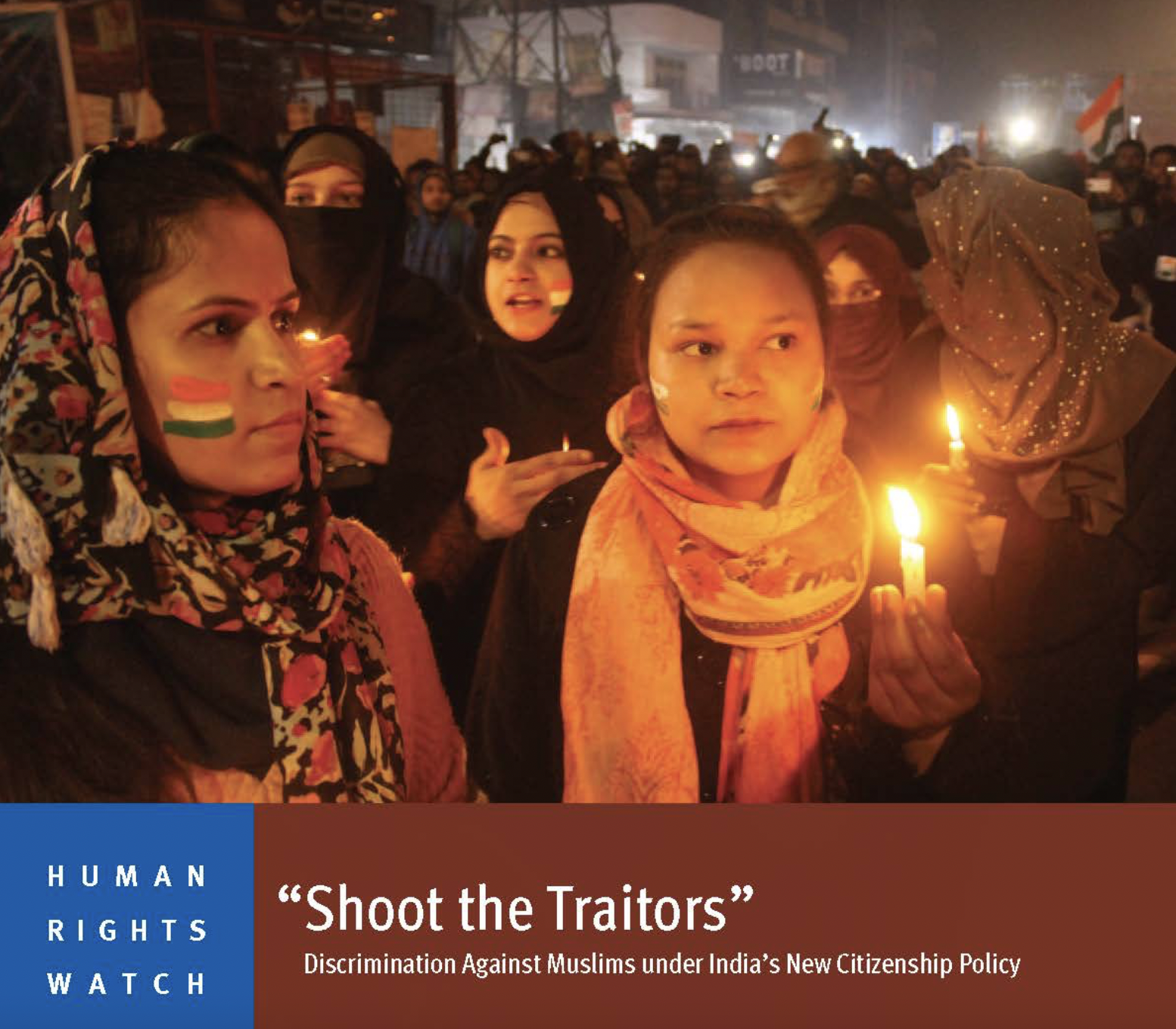 CoronaJihad is only the latest manifestation: Islamophobia in India has been years in the making

Jayshree Bajoria is the author of the Human Rights Watch report “Shoot the Traitors’: Discrimination Against Muslims Under India’s New Citizenship Policy.” She has a master’s degree in International Affairs from Columbia University in New York.

India has seen a surge of anti-Muslim rhetoric amidst the pandemic but policies of the Hindu nationalist Bharatiya Janata Party-led government have opened the door for discrimination and mob violence against Muslims.

“My mother has been asking me about detention centers,” my friend recently told me on the phone. “She has been very worried.”

My first reaction was shame. She is Muslim and I am Hindu. That never meant anything to us when we first met, studied together and hung out in New York. When her mother came to visit, I was always excited because it meant hot and delicious meals that eased the pain of missing home. But for several years now, home has come to mean something different to us. The crescendo in Muslim vilification, the increase in violent mob attacks that have killed and injured so many, the seeming acquiescence of many Indian Hindus, has meant our lived realities in our own country have diverged.

Today, as the world battles coronavirus (COVID-19), which has already claimed thousands of lives, India is also battling another threat to life – Muslim hate. In recent weeks, social media and WhatsApp groups have been flooded by calls for social and economic boycotts of Muslims and there have been numerous physical attacks on Muslims, including volunteers distributing relief material, amid falsehoods accusing them of spreading the virus deliberately.

It all started after the Indian authorities announced that they found a large number of coronavirus positive cases among Muslims who had attended a mass religious congregation in Delhi, organized by the international Islamic missionary movement Tablighi Jamaat. Even as the authorities raced to trace those affected, leaders from the ruling Hindu nationalist Bharatiya Janata Party (BJP) had already called the Jamaat meeting a “Talibani crime” and “CoronaTerrorism.” Some mainstream media screamed “CoronaJihad” and the hashtag went viral on social media.

The Tablighi Jamaat situation led the World Health Organization to caution: “It is very important that we do not profile the cases on the basis of racial, religious and ethnic lines.” Medical experts worried that such stigmatization of one community would do great harm during an epidemic, making people fearful, “leading to concealment of cases and delays in detection.”

On 19 April 2020, the Organisation of Islamic Cooperation criticized the “unrelenting vicious Islamophobiccampaign in India maligning Muslims for spread of COVID-19.” Less than an hour later, Prime Minister Narendra Modi spoke up for the first time, tweeting: “COVID19 does not see race, religion, colour, caste, creed, language or borders before striking. Our response and conduct thereafter should attach primacy to unity and brotherhood. We are in this together.”

What was reassuring is that hundreds of thousands of Indians protested against these plans. It showed that many did not agree with the discrimination and targeting of minority groups. But it was deeply troubling that the police and other officials repeatedly failed to intervene when government supporters attacked Muslims and others protesting against the government’s proposed citizenship policies. Police, however, were quick to arrest critics of the policy and disperse their peaceful demonstrations, including by using excessive and lethal force. Several BJP officials mocked and threatened protesters, while some even called for the protesters, whom they described as “traitors,” to be shot, fueling further violence against Muslims.

In India’s northeastern state of Assam, such a citizenship verification process has already excluded nearly two million people, both Hindus and Muslims. Non-Muslims who are considered doubtful citizens or illegal immigrants because of inadequate documentation will have an opportunity to get citizenship under the newly amended law, but Muslims with similarly inadequate documentation will be at risk of statelessness and many may end up in detention centers that Assam and other states are already building.

I felt shame because if we were both asked to prove our citizenship, I will not be viewed with similar suspicion.

These are the detention centers my friend’s mother was fearing. I know that her fears are not entirely unfounded. I met many families in Assam, living there for decades, but now struggling to get their loved ones released after being declared “foreigners.” I felt shame because if we were both asked to prove our citizenship, I will not be viewed with similar suspicion. And even if we both have inadequate documents, I will not likely end up in a detention center. Because in India these days, Muslims are being treated differently from Hindus.