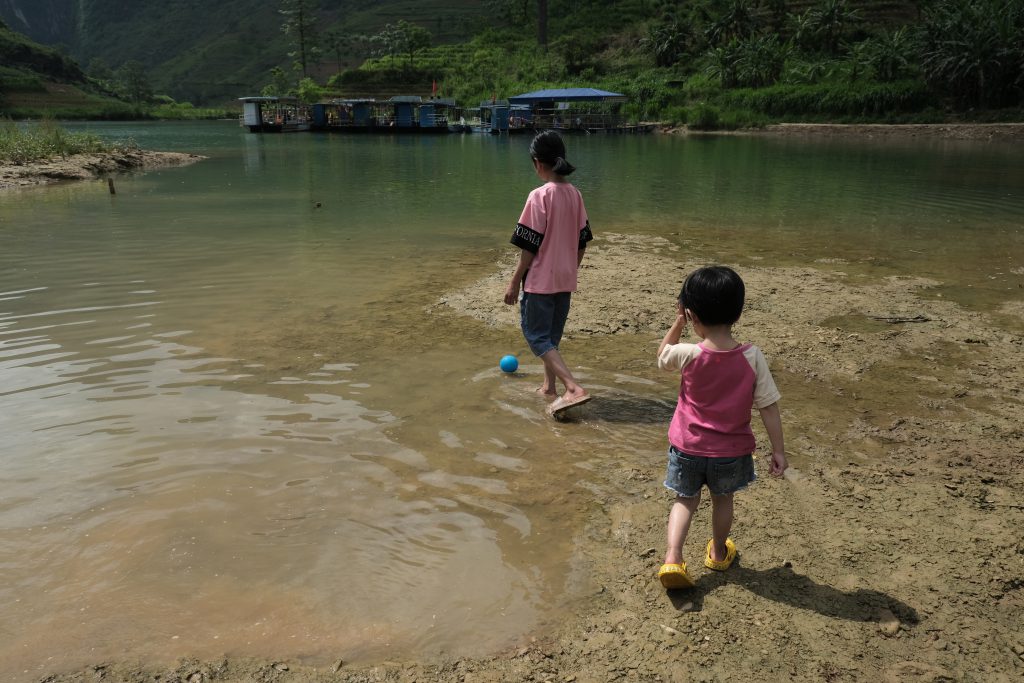 The fragile life of a boat community in northern Vietnam: From displacement to the consequences of COVID-19

Nhan Tran is a documentary photographer and photojournalist from Vietnam, whose work focuses on cultural life and social change. She is currently part of the Women Photograph Mentorship program.

In this photo essay,  Nhan Trần documents the fragile life of a boat community in northern Vietnam as well as the impact of COVID-19 on the survival of local economy.

Ha Giang is a scenic mountainous province in northern Vietnam and since 2010 it has become a tourist destination for about two million visitors every year. Located at the border between Vietnam and China, the region is crossed by the Nho Que river that flows at the foot of Ma Pi Leng Pass and marks the borderline between the two countries. 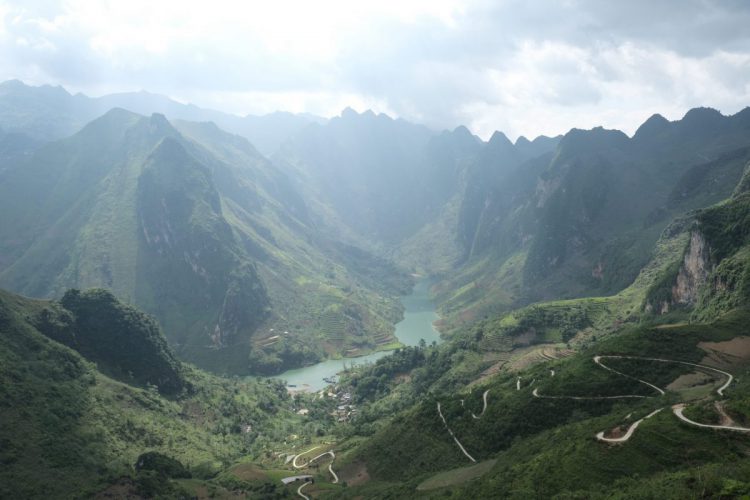 Eight kilometers away from the 4C National Highway is the villages of Ta Lang that draws its livelihood from the Nho Que river. Ta Lang is far from the main urban centers and it is home to thirty-nine households from different ethnic groups.

In 2007, the Ministry of Industry of the Ha Giang province made an agreement with the Bitexco groupto build a dam that would block the water of the Nho Que river to make a reservoir. The project was carried out without consulting the indigenous people who settled along the Nho Que and used to live off agriculture, planting rice and corn seasonally by the river, which was also a resource for fishery. 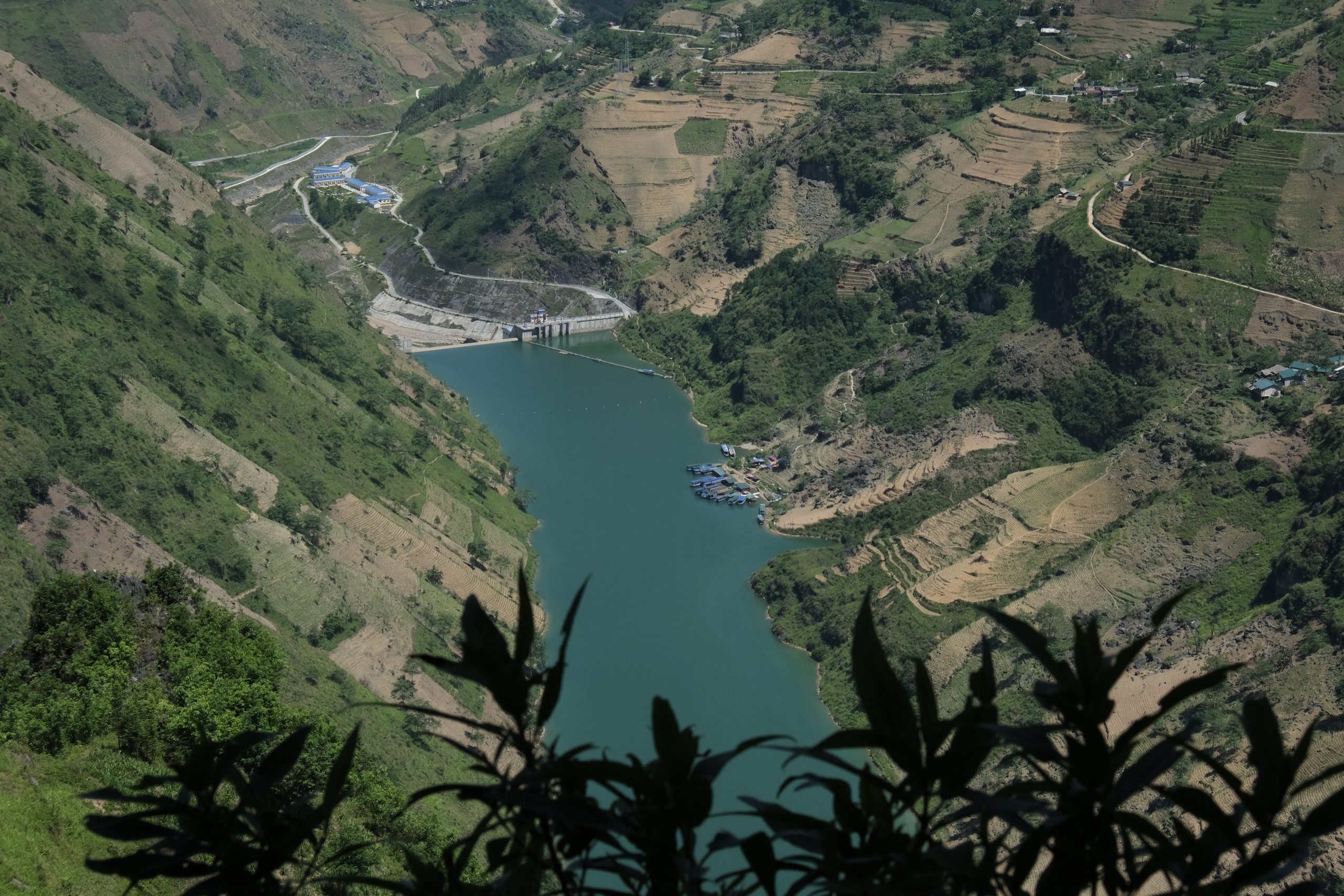 Niem, 30, is married to a man who was born and raised in the region. Since the dam was built in 2007, she witnessed a massive disruption in people’s livelihood. The construction of the dam caused the water level to rise up to twenty-five meters submerging agricultural lands while fish and shrimps were no longer available as the river doesn’t flow anymore.

Even though residents of Ta Lang got some compensation for the displacement, they found themselves livings in poverty as they were deprived of productive land and traditional forms of livelihood. “At the time the hydropower project was announced, local people didn’t agree with the construction of the dam. The compensation was disbursed in two rounds and we wondered how we should make any investment with that. If we have land for agriculture, we can re-invest and harvest annually. But when you receive a large amount of money all at once, you don’t know how to make a sustainable investment and money will run out quickly,” Niem told me. 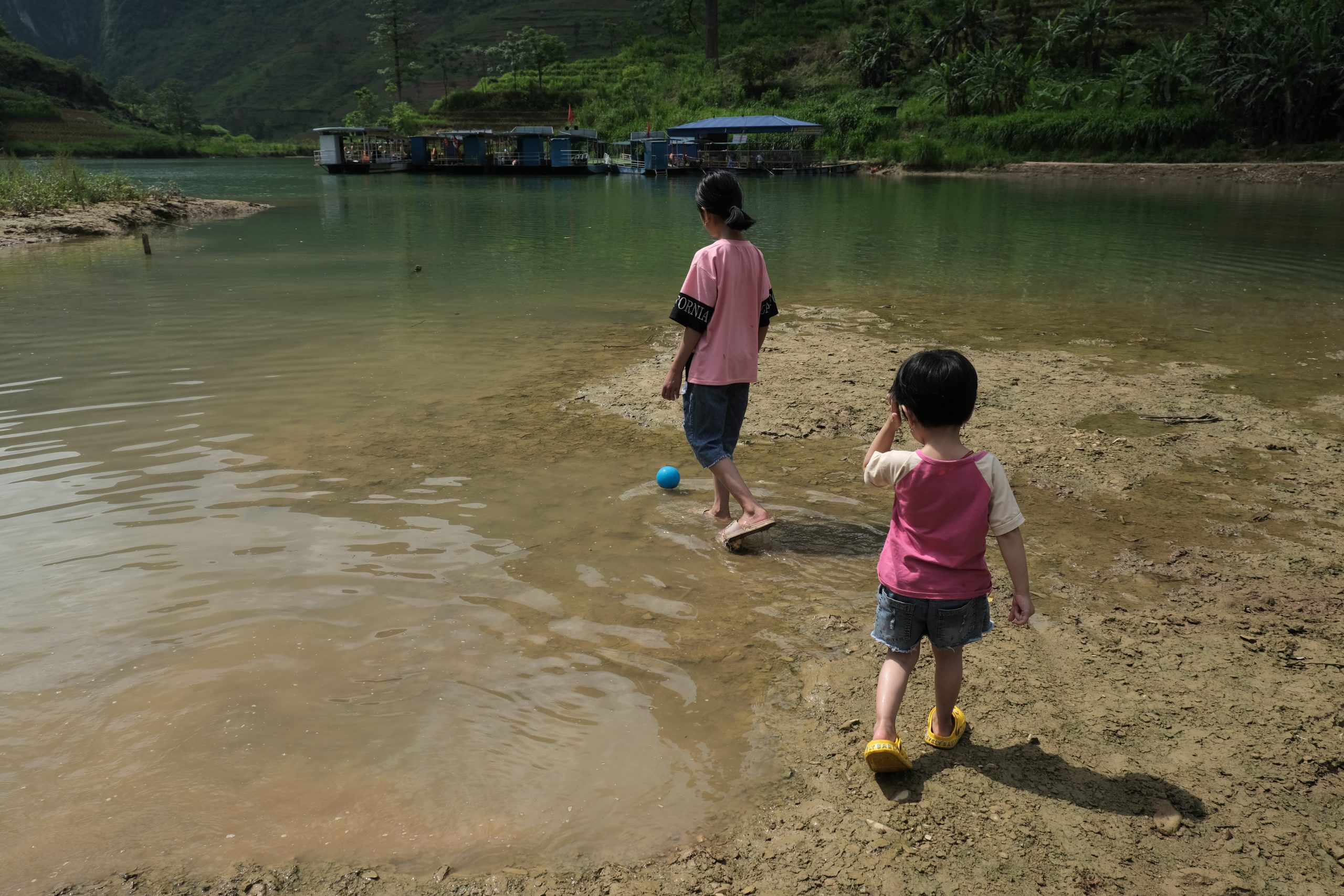 “Some of us thought of leaving this remote area and build a house near the highway to make our daily activities easier and find more opportunities to earn money by selling local food for tourists. The road leading to our village is really hard with many difficult bends and potholes especially in the rainy reasons making it very difficult to access Ta Lang not only for tourists, but for us as well,” Niem continued. 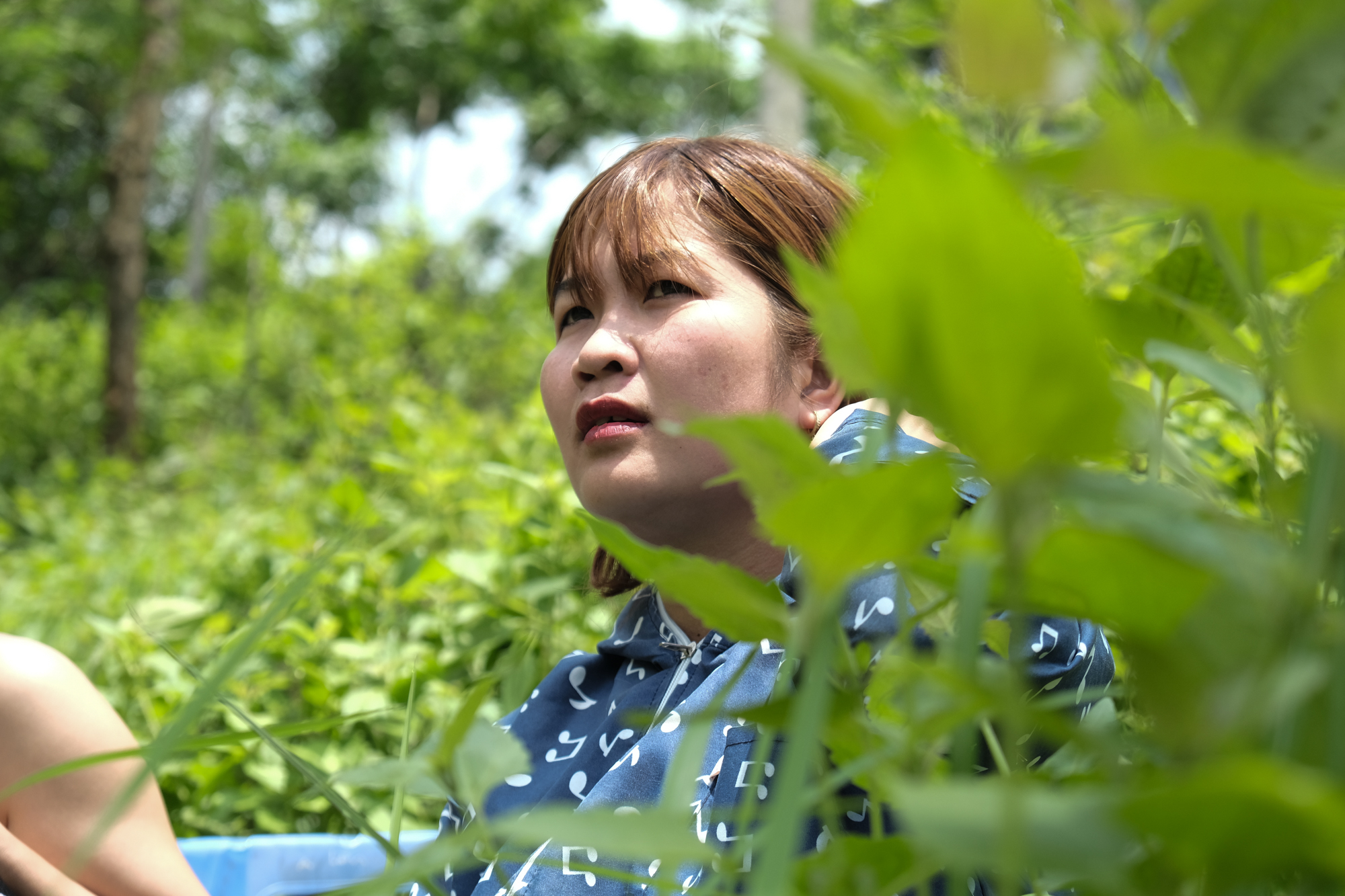 However, she recounted an anecdote that marked a turning point for the local economy i. One day there was a small group of people including a few tourists and a tour guide were standing at the Ma Pi Leng pass looking down the river, they were curious and tried to find a way down the village and asked for a boat trip along the river. This made people in Ta Lang realize that they could take advantage of rising water and develop a boat service for tourists.

“At first, it was only a couple of households involved in the business,” Niem said. 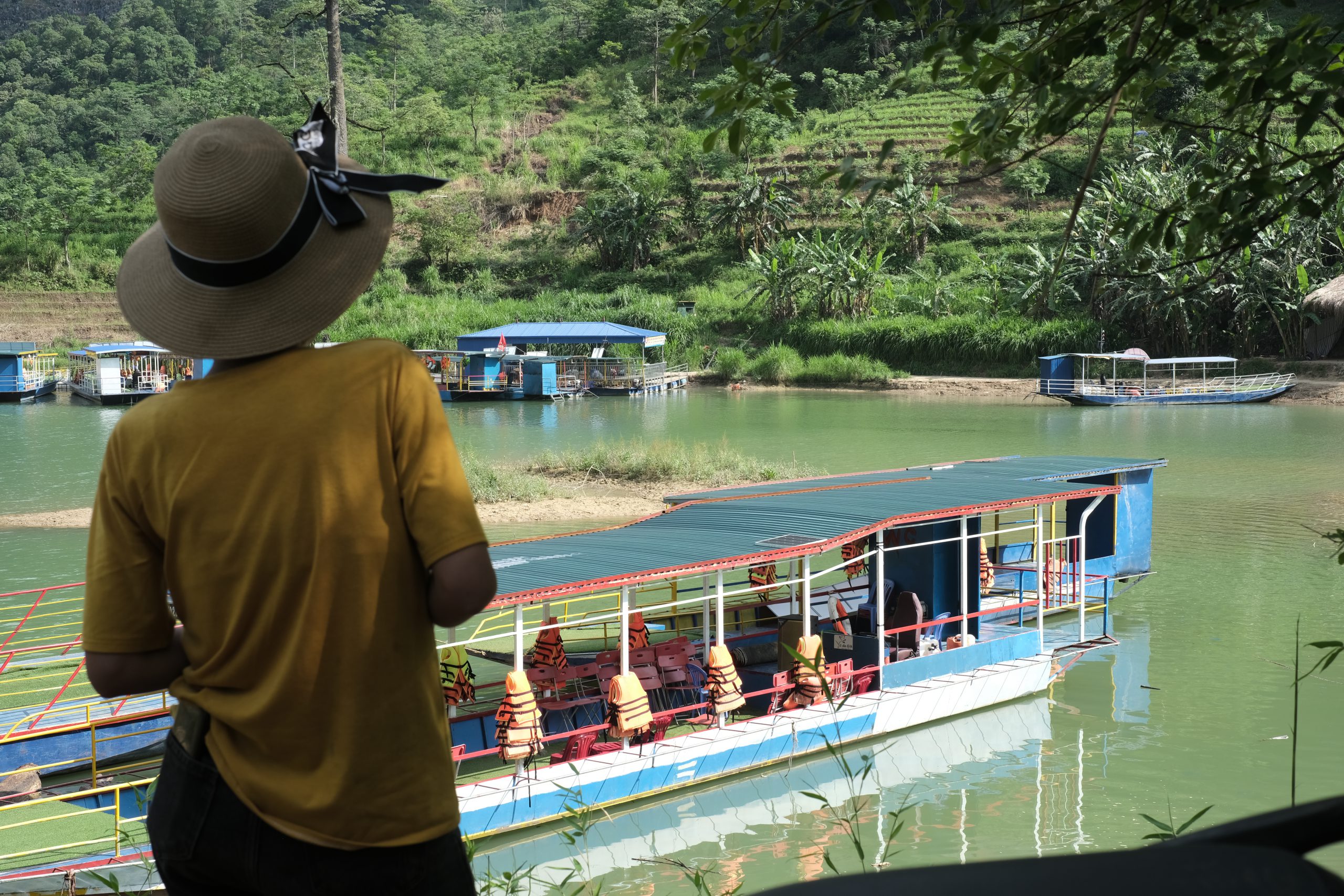 According to the Chairman of the People’s Committee of Ta Lang, currently thirty-six of the thirty-nine households in the village are involved in boat services, creating jobs for about seventy workers. Between 2018 and 2019, with the support and contribution of the local community, the government invested more than three billion Vietnam Dong (VND – $130,000) to build a new asphalted road connecting the Highway to Ta Lang village. The road gave a huge boost to the local economy and, with a growing investment on tourism, people gradually managed to escape poverty. 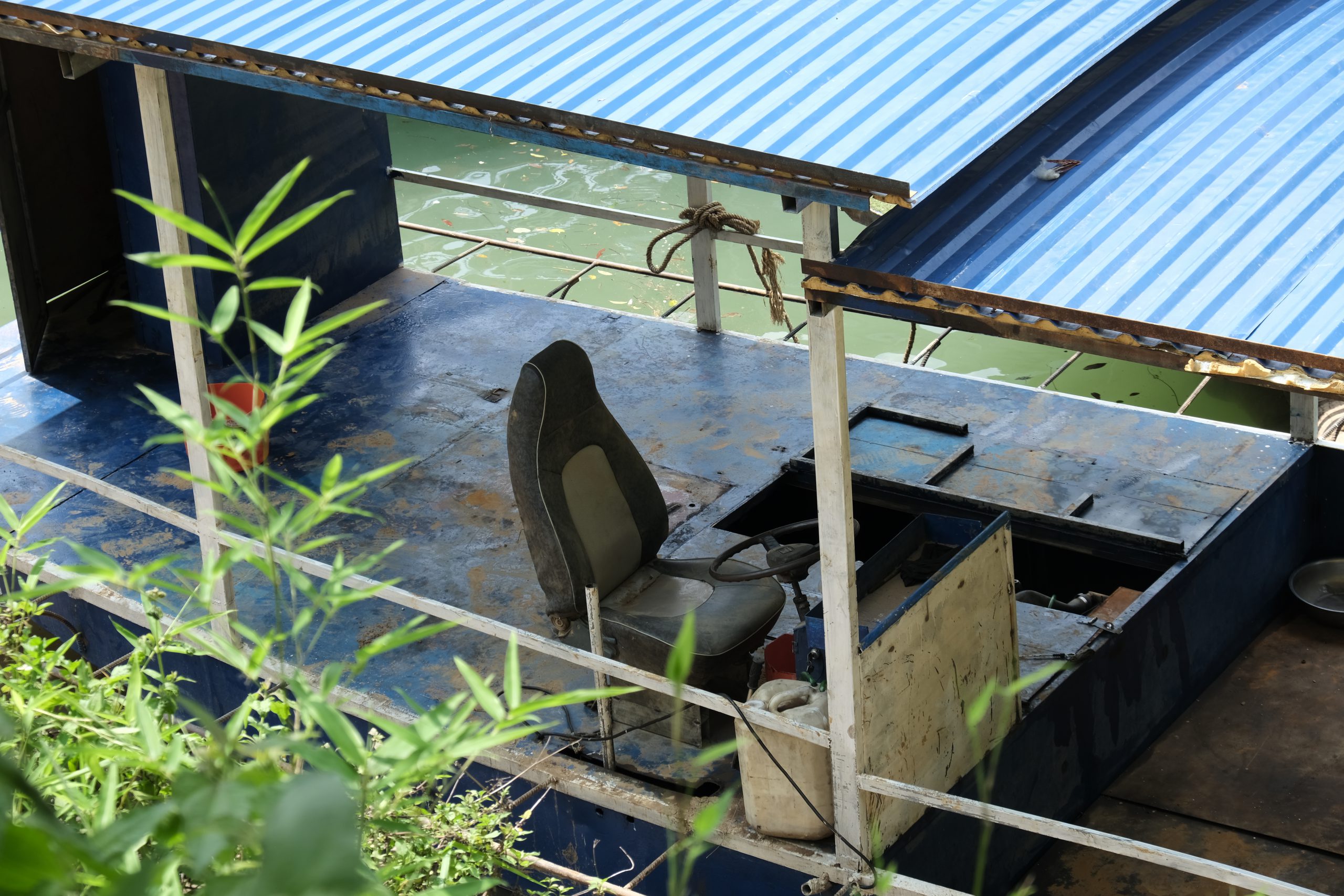 In the high season, some households could earn up to twenty million VND ($870) per month from the services while others make up to seven million VND ($310) with motorbike taxi services. There was an average of about 100 visitors per day with peaks up to 600-800, the Chairman of the People’s Committee of Ta Lang said.

Duyen is 24 years old and her husband’s family was one of the first to invest in boat services on the Nho Que river using wooden boats. As the tourism industry started growing in the Ha Giang province, the boat services developed fast with people visiting throughout the year. Duyen’s family invested in more boats and upgraded the quality of their service. In March 2020, however, the COVID-19 pandemic came as an expected blow, disrupting the whole tourism system of the Ha Giang province.

In June 2021, one of the boats that Duyen’s family used for touring passengers sank after hitting a rock and capsizing. “The cost of repairing a boat is approximately 30 million VND ($1,300). This river looks peaceful but is very deep,” Duyen continued. “There are many people bathing in the river and then dying because they can’t find the way out. I don’t know if it’s because of ghosts that ships often sink here.” 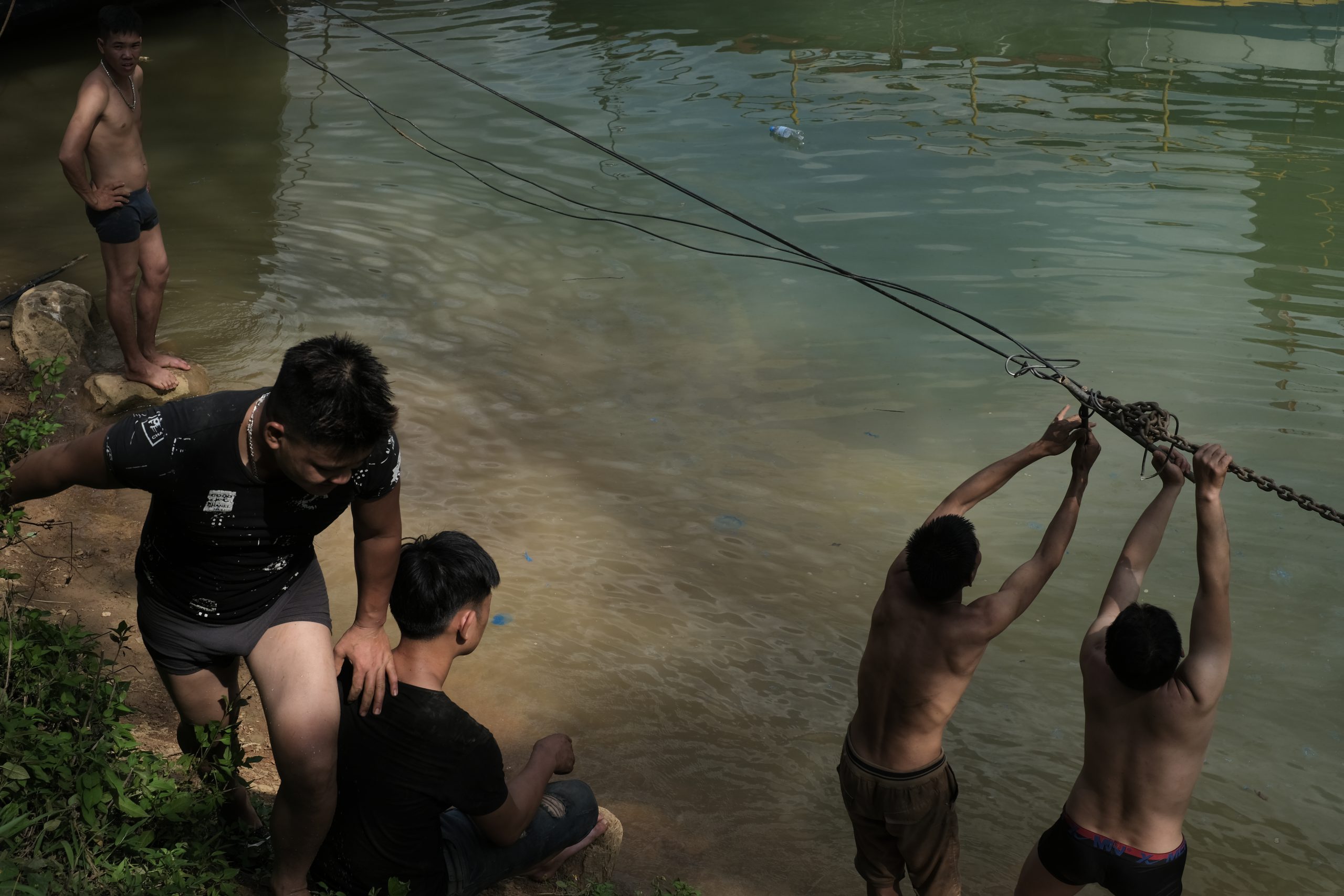 The Voice of Vietnam radio reported (VOV) that according to the Department of Culture Sports and Tourism in the Ha Giang province in March 2021 the number of visitors to Ha Giang increased by 29.7 percent compared to the same period in 2020, reaching more than 104,000 arrivals. In the first quarter of 2021, Ha Giang welcome more than 352,000 visitors with revenues reaching 581 billion VND ($25 million). 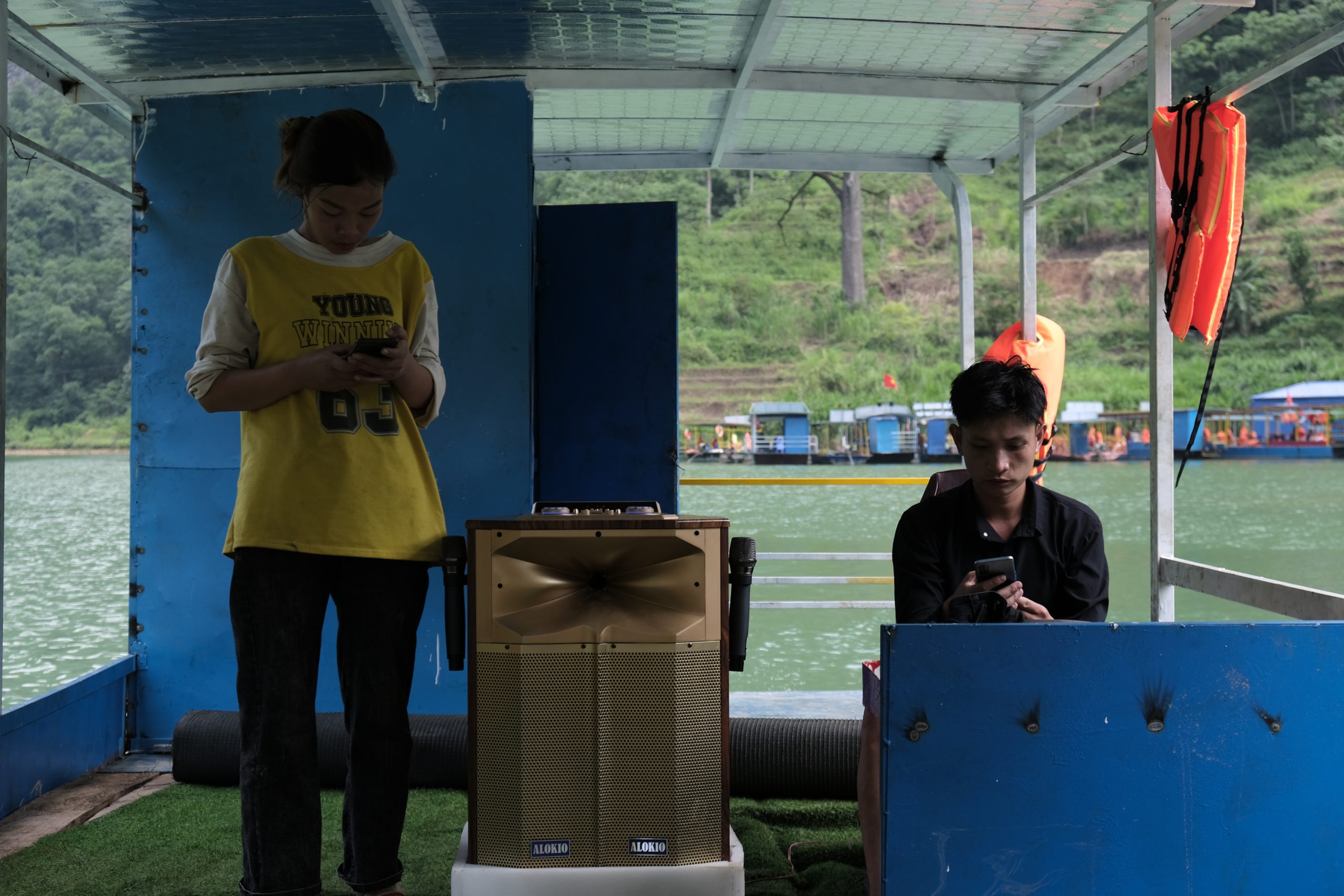 As travels and tourism have come to a halt because of a new wave of COVID-19, the Ha Giang province has fallen into silence again. As of July 2021, even though the Ha Giang province recorded very few COVID cases, the Government has ordered to suspend passenger operation on the Nho Que river until further notice in order to prevent the outbreak of the disease.

“Last year, in the high season, we could earn nine million VND per day ($400) from tourists who came to visit and enjoyed the boat trip. I would wake up early and work until late evening, we would just return home at night to sleep. But now, because of COVID-19, we have no income. The boats have been anchored for a long time,” Duyen said. 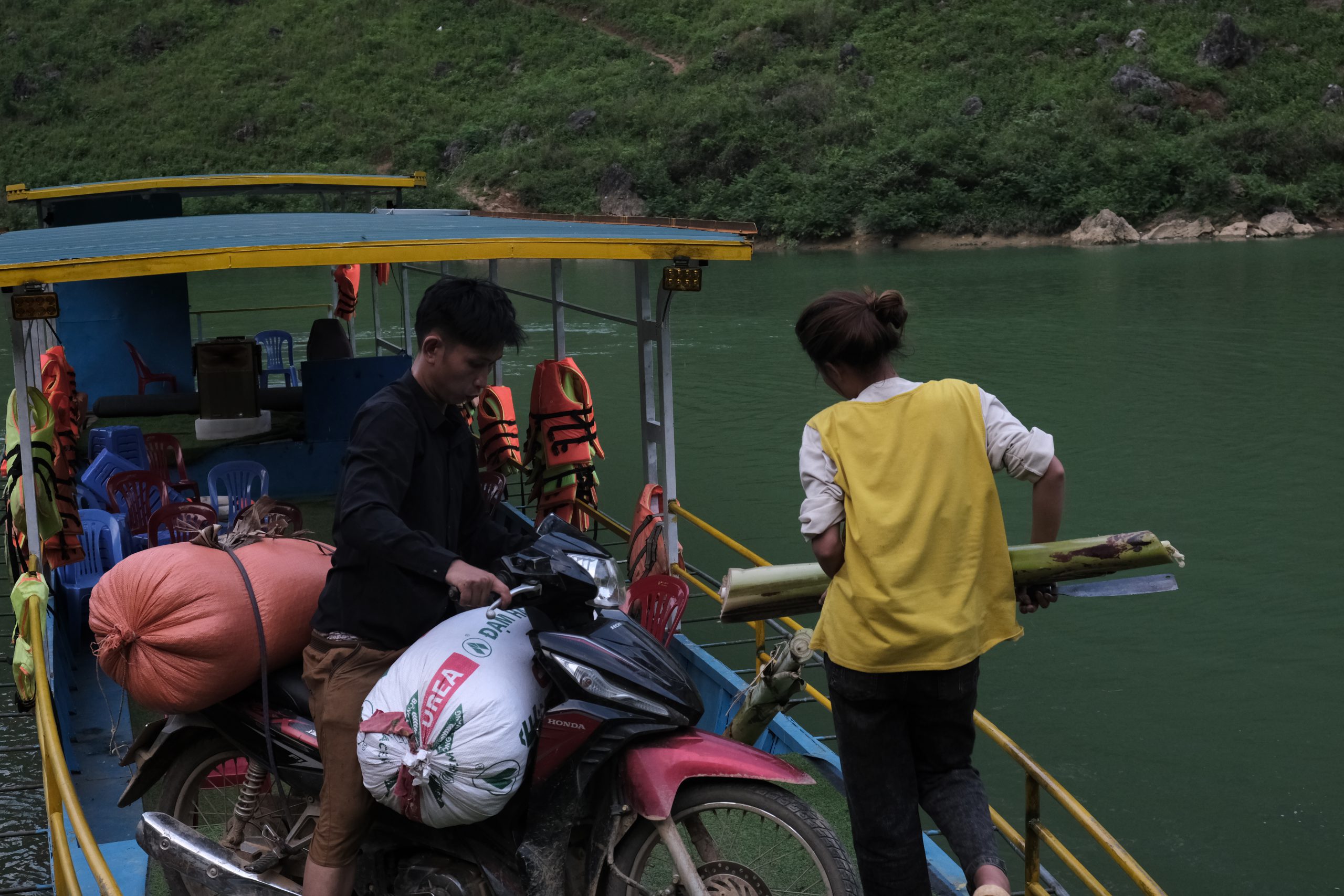 “We have no land for agriculture, boats are now also abandoned and we also can’t go anywhere else to work because of the pandemic. Such a starving year! Now we are only raising chickens to sell.”