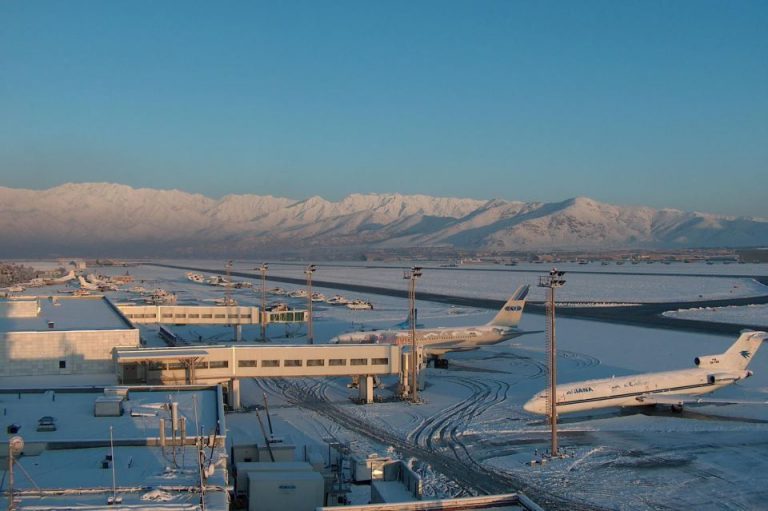 They call it repatriation: On fear, apathy and the inhumanity of deportation

In this essay written in 2019, Francesca Recchia recounts a group of young Afghan men on her flight being deported. She reflects on how the moral panic around refugees relies on evoking fear and how this fear facilitates apathy; reminding us to overcome this constructed indifference to stand up against fear, apathy and fascism.

Snow in Kabul paralyses the airport: someone says it is because of ice on the runway; others think that the problem is with the radars that confuse snowflakes with other flying objects.

My stopover on the way back was in Istanbul where the plane from Italy arrived late. I didn’t worry too much as I was sure the flight to Kabul would be delayed because of the weather, but when I landed I saw a blinking red “Last Call” on the airport display. I rushed to the gate thinking that I would be the last person to board. The plane was full, mostly young men in their twenties and thirties, looking lost. There was a strong smell of sweat and unwashed clothes.

We had been on the runway for over half an hour when the captain announced – only in Turkish and English – that, because of the bad weather and for reasons beyond his control, the plane was indefinitely delayed. He then invited us to disembark, but not before the arrival of the Turkish police. With an emotionless voice he added that before we could leave the plane we had to wait for policemen to complete the formalities to get the “deportees” off the plane. The young Afghan men on the plane were therefore some of those who arrived illegally to Europe and that many European countries are now sending back to Afghanistan.

The honesty of the definition hit me like a blow – maybe he didn’t intend it as a political statement, but the simplicity of the captain’s sentence made me realise the scale of the horror that I was helplessly witnessing.

In the narrow corridors of the airplane the young men walked one by one, close to one another, eyes full of fear. The night outside was freezing and the majority of them only had light jackets and thin jumpers. There was a snowstorm and some of them were wearing sandals. All of them had a big see-through plastic bags: underwear, socks, a pink towel; all exposed, no consideration for any sense of private decorum.

I am there, I see all this and say nothing. I am incapable of gathering enough courage to denounce the insanity of what is happening in front of my eyes.

Just before Christmas, a friend of a friend asked me to help out a young man who had been sent “back” to Kabul after living for twenty years abroad as a refugee. I barely managed to get in touch with him: he was terrified, knew no-one in Afghanistan and was on his way to cross the Iranian border to see some of his family members before trying to reach Europe again. A few months ago, I read about a boy who had just been repatriated – yes, forced deportations are called repatriations so as not to offend any delicate soul – he was killed in one of the recent bloody attacks in Kabul: he had arrived to Afghanistan the day before.

It only takes a glance to these people’s faces to understand that the only thing at risk here is our humanity. I plead guilty to indifference justified as ignorance. I had read about these deportations; some of my colleagues had told me that their flight back was full of young men escorted by the police. I knew about it and I ignored it. I had to see it with my own eyes to realise the immensity of the horror in which we are complicit.

Now I am writing to placate my guilt and in the hope that words can help others to see what is easier to ignore.

Fear is making us blind. We look away to avoid taking a stance, I was not strong enough to get up and shout my indignation. I felt I was dying inside, and I was not capable of speaking up. Apathy facilitates fascism, never like now staying silent means complicity. But alone one cannot – or at least I cannot – overcome the insurmountable barriers of indifference. The choice of solidarity, the choice of humanity is inevitably a collective one, spoken out loud, suffered and felt with a shared heart. This is probably why I am writing today. Not to feel alone. To know that I am not alone.