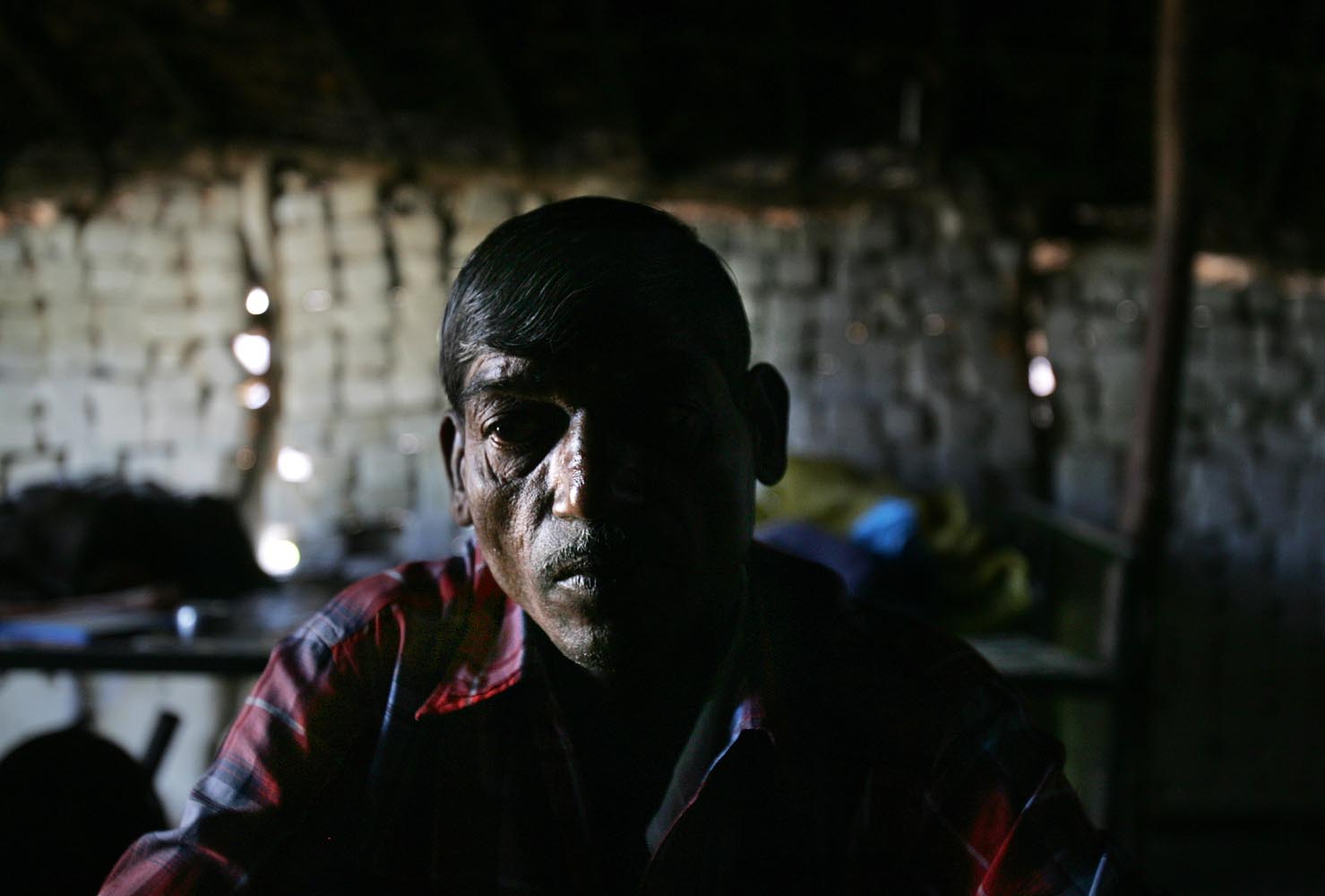 Uncovering caste-based violence: The Khairlanji massacre and the story of its coverup

Krishna Ananth teaches at the Department of History, Sikkim University. His work focuses on Indian history, contemporary Indian politics, legal and constitutional issues. His publications include: India since Independence: Making Sense of Indian Politics (2009), Politics in the Times of Churning (2014), The Indian Constitution and Social Revolution: Right to Property Since Independence (2015) and Between Freedom and Unfreedom: The Press in Independent India (2020). He held a fellowship at the Nehru Memorial Museum and Library, New Delhi (May 2009–April 2011), during which he researched on Retreat of the Nehruvian Socialist Project: A Study on the Political, Legislative and the Judicial Interventions. He tweets @VKrishnaAnanth.

This essay is part of a series by Prof. V. Krishna Ananth where he recalls the events that determined the course of politics in post-colonial India, sometimes reinforcing the “idea of India” and otherwise distorting that. The essays revolve around specific events and their consequences and the facts are placed in context and perspective to comprehend the times in which they are being recalled and re-presented. The series recalls the events on their anniversary, they do not follow a chronological order and are seen as moments in history.

The evening of 29 September 2006, Bhayalal Bhotmange managed to save himself from being lynched to death hiding behind a bush but experienced the horror of watching his wife Surekha and his 17 old daughter Priyanka, being sexually assaulted and killed by a mob of Kunbi men from his own village. Bhayalal Bhotmange was also witness to the murder by the same mob of his two sons Roshan (21) and Sudhir (19 and suffering from visual impairment).

The Bhotmange family was one of the three that belonged to the Mahar Dalit caste in Khairlanji, a village in the Bhandara district of Maharashtra. The upper caste Kunbis constituted a small minority in Khairlanji, while the majority of the 200 families in the village belonged to either Other Backward Castes (OBCs) or to Scheduled Tribes (STs). From the limited records of the tragic events of 29 September 2006 it is inferred that, though the murderous mob was constituted by Kunbi men, adult males from OBCs and others watched and cheered the mobsters.

In 2006, smart phones with video cameras had not reached India yet hence neither the perpetrators nor the crowd that watched the spectacle shot or circulated the gory images of the lynching therefore these murderous events remained unknown to the rest of the world for a while. The media began reporting only weeks after, when activist groups conducted fact-finding missions and highlighted the anti-Dalit dimension of the violence and the attempts to dismiss the mob’s motives as an interpersonal quarrel. The fact that the Khairlanji lynching became news made a difference for defeating attempts by the Police and the local administration to make it appear a localized clash and the death an unintended consequence.

The Bhotmanges belonged to the Scheduled Castes, cultivated their own land in Khairlanji and Surekha had earned a reputation for being assertive of her rights as a woman.

On 13 September 2006 there was a dispute between Sakru Binjeswar and Siddharth Gajbhiye, a Mahar policeman, who defaulted payment of part of the daily wages due to Binjeswar. The dispute lingered, but Surekha and Priyanka Bhotmange prevented the clash and stood witness in the Police station against Binjeswar and his supporters. On 15 September 2006, Sakru Binjeswar and few others were arrested and detained based on Siddharth Gajbhiye’s complaint and Surekha Bhotmange’s testimony as witness. All the accused were released on bail on 29 September 2006 after 14 days in remand.

On the very same evening of their release, Sakru Binjeswar marched to the Bhotmanges’ dwelling with a mob of 40 men carrying lethal weapons and with a large crowd cheering them. Surekha Bhotmange tried in vain to escape after setting fire to a cowshed to distract the mobsters. She and her 17 years old daughter were molested and allegedly raped. Both were lynched by the mob and so were her two sons; their bodies were then stacked on to a vehicle and dumped in a canal before the mobsters returned to their homes.

The sequence of events does not leave doubt that the Khairlanji massacre was not merely an act of revenge, but the nexus with the fact that Surekha Bhotmange had refused to conform is evident in the crime. As a member of SC, Surekha Bhotmange broke barriers of patriarchy, intervened on her husband’s side during an altercation and appeared as a witness in the Police station: this is something the prosecution ought not have glossed over.

The crime at Khairlanji on 29 September 2006 was a clear case to be dealt with under the Scheduled Castes and Scheduled Tribes (Prevention of Atrocities) Act, 1989. The Act was an explicit acknowledgement that the Protection of Civil Rights Act, 1955 meant to realize Article 17 of the Constitution, lacked teeth. Article 17 determines that “‘Untouchability’ is abolished and its practice in any form is forbidden. The enforcement of any disability arising out of ‘Untouchability’ shall be an offence punishable in accordance with law.”

The law, as enacted in 1989, was perceived as a tool to realize the lofty provision in the Constitution that forced the State and its instruments to act with utmost promptness in cases of violence motivated by caste prejudice. The 1989 Act expanded the definition of atrocity and violence to include the marginalization of SCs and STs from the socio-economic life in the village as distinct from acts of physical violence; it imposed upon public servants a long list of duties on behalf of the victims and listed the dereliction of such duties as punishable. The 1989 Act certainly reinforced Article 17 of the Constitution and armed the State with institutional powers where the 1955 Act had abjectly failed to do so.

Historically, the dynamics of anti-Brahmanical assertion in the Bombay Presidency had set the stage for a Backward Caste assertion in the region, contributing immensely to the empowerment of the Dalits and consolidating B.R. Ambedkar’s political campaigns in the decades before independence. This historical background and the emergence of the Dalit Panthers laid the foundations for an assertive Dalit consciousness across Maharashtra and this consciousness was at the roots of Surekha Bhotmange’s refusal to conform.

It is significant that between January 2003 and October 2004, Sushil Kumar Shinde (a member of the Scheduled Caste community) was Maharashtra’s Chief Minister as a result of the strong legacy of non-Brahmin assertion in the region’s politics, where a Dalit movement emerged against the violence inflicted upon them, demanding civil liberties and democratic rights.

Surekha Bhotmange and the events in Khairlanji in 2006 are a manifestation of the crossroads that the Dalit movement had reached since the mid-1980s. Gail Omvedt, among others, in her 1985 Dalit Visions: The Anti-Caste Movements and the Construction of and Indian Identity studied the historical context of the mid-1980s. And so did Anand Teltumde in his 2010 The Persistence of Caste: The Khairlanji Murders and India’s Hidden Apartheid. In this work, he looks at the story of Khairlanji as an expression of how liberalized India pushed the harsh reality of Dalits under the carpet to save the gloss that neoliberal capitalism promised in the garb of aspirations and equal opportunities.

In the context of electoral politics where mainstream political parties found it necessary and prudent to negotiate and please the leaders of denominational groups, the then Congress Government in Maharashtra could not afford to let the killings at Khairlanji on 29 September pass. The case was sent to a Fast Track Court as warranted by Section 14 of the 1989 Act, whose principal objective is “providing for speedy trial.” However, in this instance, the Police, though informed of the crime in real time, failed to carry out the necessary examinations on the bodies of Surekha and Priyanka Bhotmange to ascertain rape – the concerned officer brazenly stated on record that it was not possible due to darkness.

The Trial Court deemed the failure by the Police to carry out the examination immediately as a fatal error in the case. The Police in fact proceeded to the examination a day after the event, when Bhaiyyalal Bhotmange mustered the courage to lodge his complaint. Subsequently, also the Nagpur Bench of the Bombay High Court and the Supreme Court in 2019 pointed to this fatal error. However, the judiciary at no stage found it necessary to hold the concerned Police officer actionable under Section 4 of the 1989 Act. At all levels, the judges held that the massacre on 29 September 2006 did not warrant notice under the Scheduled Castes and Scheduled Tribes (Prevention of Atrocities) Act, 1989, but considered it a revenge killing.

The coverup began then. Even while holding eight of the eleven accused guilty of murder, the Fast Track Court ruled against invoking the Scheduled Castes and Scheduled Tribes (Prevention of Atrocities) Act, 1989. Among the eight found guilty of murder (Gopal Sakru Binjewar. Sakru Binjewar, Shatrughna Dhande, Vishwanath Dhande, Prabhakar Mandlekar, Jagdish Mandlekar, Ramu Dhande and Shishupal Dhande), six were awarded death sentence and two were sentenced to imprisonment for life. Since they decided against invoking the 1989 Act, the Trial Court found the excuse used by the Police for delaying the examinations an acceptable and legally tenable explanation.

The Division Bench went on to hold that the death sentence was inappropriate because the incident did not take place on account of caste, but the root cause was that the accused felt that they were falsely implicated in the crime of beating Sidharth Gajbhiye by Surekha and Priyanka Bhotmange. There was also no evidence to suggest that the accused had a criminal record. With this, the argument that the 1989 Act did not apply to this act was upheld. This, notwithstanding that Surekha Bhotmange was molested and lynched along with her three children. The fact that Sidharth Gajbhiye was also a Dalit did not strike a bell with the judges when they held that the 1989 Act did not apply to this case.

In the following years, the CBI appealed against the July 2010 High Court’s decision before the Supreme Court; the convicts also preferred an appeal. The case went on and Bhaiyalal Bhotmange did not survive to see a resolution: he died of a heart attack on 20 January 2017. Two years after his death, the chairman of the National Human Rights Commission, Justice Arun Mishra, along with Justices B. R. Gavai and Surya Kant upheld the Bombay High Court’s decision in-toto on 24 May 2019.

Whatever happened in Khairlanji on 29 September 2006 was not just a crime involving the murder of four people. The fact is that Surekha Bhotmange and her three children were lynched, their bodies loaded on a bullock cart and dumped in a canal because she had earned a reputation of being assertive of the rights of oppressed people in her village despite being a woman from the Scheduled Castes. Her “crime” seems to have been her faith in the Constitution and the rights it guaranteed. By refusing to see this, justice was denied to her and her three children. Bhaiyyalal Bhotmange, who witnessed the lynching of his wife and children, was denied of any compensation because the judges felt the case did not warrant the application of the Scheduled Castes and Scheduled Tribes (Prevention of Atrocities) Act, 1989.

The legal process on the massacre on 29 September 2006 came to an end when the Supreme Court decided on the appeal on 24 May 2019. Reported crimes against Scheduled Castes, meanwhile, went up from 27,070 in 2006 to 45,935 in 2019. The fundamental right to equality that Article 14 of the Constitution guarantees remains a dream thus highlighting the relevance of remembering Khairlanji and the coverup on its anniversary.

BY Jayant Pankaj and Shivam Mogha

The corporate-government nexus in Indian politics: An analysis of corporate backed electoral trusts

Combat-concepts in Indian politics: Understanding democracy as politics of enmity