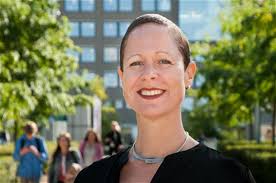 For each episode, our guest will be asked to choose five pieces or items that have influenced their intellectual life and their work. These five items can be books, art, music, poetry, photographs, performance, a person, an event, or an experience. The choices then become the basis of a free-flowing conversation that discusses our guest’s life, their personal, political and intellectual journeys, and histories. At the end of the program, our current guest will nominate the person to be interviewed next in the series making this podcast an exercise in serendipity and intellectual history of a new generation of writers/ scholars/ artists and activists. For this episode, Suchitra Vijayan spoke to Naomi van Stapele.

Naomi van Stapele is an assistant professor ‘Anthropology and Development Studies’ at Radboud University, Nijmegen, The Netherlands. Her current research project looks at the role of non-state security groups in the context of violent religious extremism in Kenya. This project builds on her Ph.D. on ‘illegal’ work, masculinities, and belonging in Nairobi. Her other work focusses on sex work, economic uncertainty, and political positioning in Kenya and Ethiopia. She has also been extensively engaged in and; “decolonizing academia” through a wide scale of interventions based on inclusive pedagogy. Throughout, she supports and amplifies the work of grassroots social justice activists and community-led development programs in marginalized urban settings in Kenya, always on their terms. You can follow Naomi on Twitter at @Naomi2908

5. Art/painting: Three women by Ermias Ekube. An Ethiopian Artist who was first living in exile in Nairobi and now lives in Sweden.Sex workers activists: For instance, Brandon (the last name is anonymous). He is a gay male sex worker who I met three years ago when he was living on the streets and who now coordinates the PrEP program in Nairobi. I am in awe of the way in which sex workers, especially gay male sex workers, organize themselves and contribute to change for sex workers, claiming space and demanding their rights.

Naomi was nominated by Nairobi based writer and independent political analyst Nanjala Nyabola, and she elected writer, filmmaker, producer and activist Agunda Okeyo