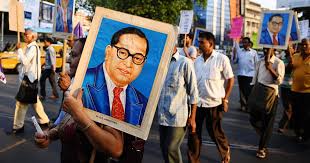 The Polis Project hosts scholars, activists, organizers, writers, reporters, and progressive voices as a part of our Politics Podcast. They don’t just tell you what happened. They inform you of the issues, policies, and legislation that matter to their communities beyond the headlines.

S Karthikeyan is an IT engineer living in Silicon Valley. He is one of the founding members of the Ambedkar King Study Circle, USA.

John Rushing is part of the legal team which filed the amicus brief on behalf of Ambedkar International Center in this case. He began his career as a litigator at Sidley Austin LLP.
​​​​​​​

Last year, the California Department of Fair Employment and Housing had filed a lawsuit against Cisco because a Dalit employee had been severely discriminated against by his ‘upper’ caste supervisors. While the US does not explicitly have laws against caste discrimination, the California government used sections of the historic Civil Rights Act, which emerged from the African American struggle against segregation. This case has brought widespread attention to caste and Indian American identity in the United States. What makes this lawsuit historic is that it seeks the recognition of caste-based discrimination under American law. This demand—its implications and the historical context under which it has emerged—is the focus of this episode. Joining us today are John Rushing and Karthikeyan Shanmugam.

This podcast is also available in video format and audio formats. You can listen to our last episode with Russell Rickford here.